Bad news for just about everyone in the U.S.: Natural disasters have become more frequent over the past few years. 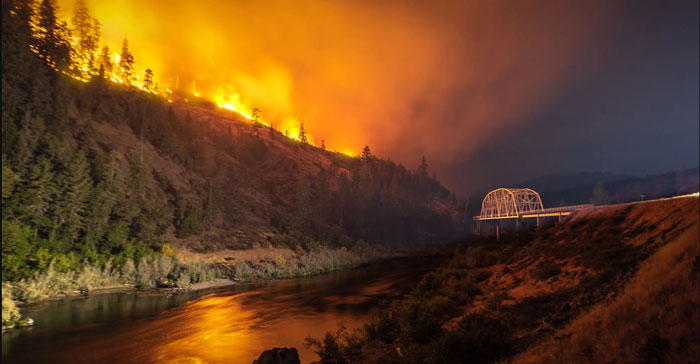 For the third year in a row, the nation experienced more Mother Nature–made horrors than normal, according to CoreLogic’s annual Natural Hazard report. The real estate data firm’s report analyzed hurricanes, flooding, wind, wildfire, earthquake, volcano, hail, and tornadoes in the U.S. in 2018.

America suffered through 11 weather and climate disaster events that resulted in more than $1 billion in losses, according to the National Oceanic and Atmospheric Administration.

“There’s more people, more properties, and more expensive homes. There’s more value at risk,” says Tom Larsen, who specializes in natural risk at CoreLogic. “We have a habit of living in risk-prone areas. These areas that were burning [from wildfires] weren’t occupied 50 years ago. The hurricane flooding we saw in Florida was more impactful because there are a lot more homes there.”

For example, there were more than 1,600 bad floods in the country last year. Flooding from Hurricane Florence in North Carolina, South Carolina, and Virginia alone caused $19 billion to $28.5 billion in residential and commercial damages. About 85% of that was for heavily damaged and destroyed homes.

Now, only about 6% of properties in the country are located in the most flood-prone areas. But just a third of those carry flood insurance.

Meanwhile, two hurricanes pummeled the East Coast last year. Florence, a Category 1 storm, damaged and wiped out about 700,000 homes and businesses. Meanwhile, Category 4 storm Michael was the strongest hurricane to hit the Florida Panhandle since 1900. It caused an estimated $2.5 billion to $4 billion in residential and commercial losses for insured properties. 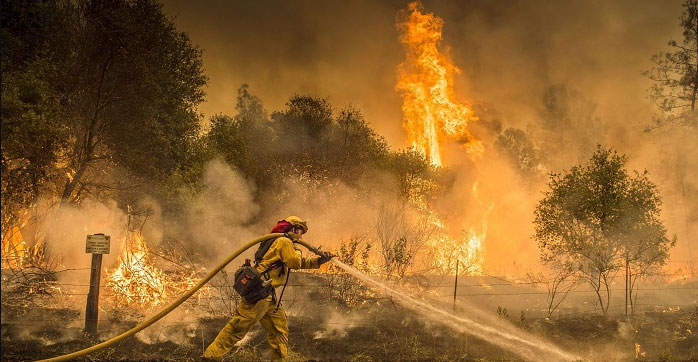 And then there were the deadly wildfires that swept through the western swath of the country, claiming thousands of homes and dozens of lives. A whopping 11 states had at least one fire that burned through more than 50,000 acres last year. California and Oregon each had seven fires that incinerated that much land.

“The amount of homes that were burned, the amount of people who were displaced, and the dollars lost were horrible,” says Larsen. He adds that the country has to get better at keeping its citizens safe, citing the large loss in human lives.

“It’s the worst in California’s and the nation’s history,” he says.