I know the first thing you are thinking. “Is it worth the money.” Well the answer is yes and I’m going to tell you why.

Our arena is 200’x300’ and used for training barrel horses. We are very concerned with our footing because we ask a lot out of our horses for speed and stop. We groom the arena everyday with 12 minutes of water. Temecula, Calfiornia is know for its dry heat and boy have we had some hot temperatures this summer in the 100’s. The arena was always a dry, dusty mess by mid day. The dirt gets so dry that it turns into a fine silky mess. The dust is so bad that you can only go around the barrels one time before the dust got so bad that it enveloped you and you couldn’t be seen from across the way. If you were loping you would have to be side by side or get completely dusted out behind. This is not only bad on our lungs but just as bad for the horses. When the arena is really dry we would turn on the sprinklers just to try to help with the dust before we rode. 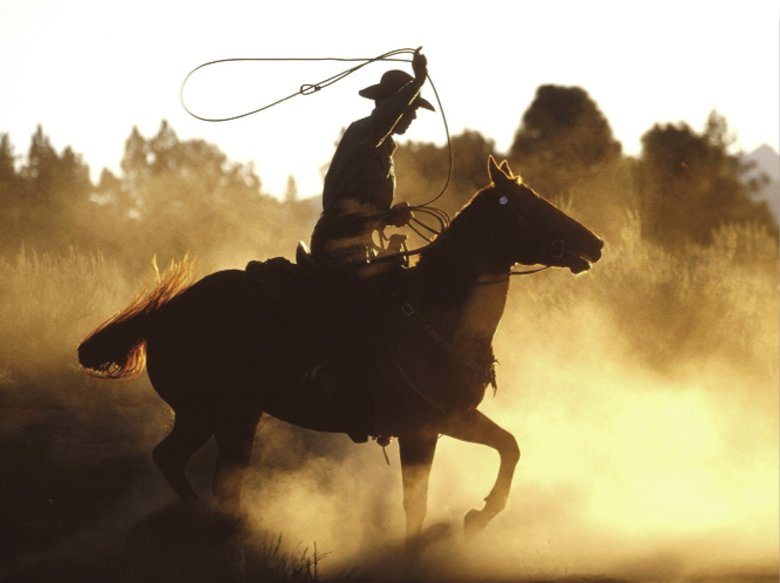 I was very skeptical that Whoa Dust was going to fix my dust issues. How can this product that you sprinkle onto the dirt help control dust? The first thing that Alex told me on the phone is “this is Whoa Dust, not NO Dust!” Which I can really appreciate so we weren’t going into this project thinking we were going to eliminate the dust. Honesty is important in the business and it’s nice to know ahead of time what to actually expect from a product.

Monday, I was told to saturate the arena with water. Enough to be nice and wet but no standing water puddles. The Dean, from West Coast Footings came out and sprinkled the Whoa Dust over the entire area. When he was done we groomed the arena. He then did a second coat of Whoa Dust and we watered the entire arena as well as we could. I have sprinklers so we do have a few areas that they don’t reach. He told me to leave it alone over night and it would attach to the dirt and activate.

Tuesday morning when I went out to groom the arena, there was a dry crust over the top of the entire area. You could really see a difference in the dirt. I watered the arena and drug it. The ground was light and fluffy with moisture turning over. That night after 10 horses had been worked in the arena I only watered the dry spots the sprinklers don’t hit with my water wagon. 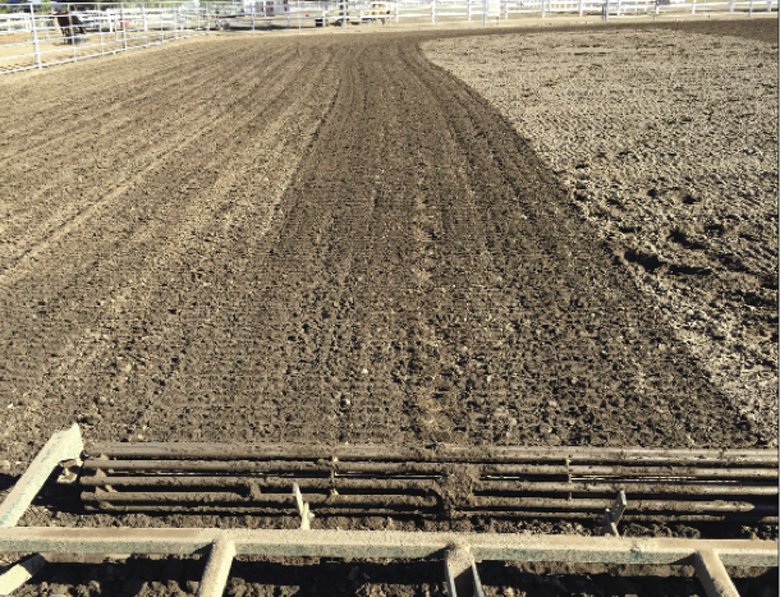 Wednesday , I groomed the arena in the morning. It really held the moisture in. Hardly any dry spots and the ground drug nice and easy and was still really damp in the sparkler overlap areas. Even the one from the day before. We rode in the arena about 6:00pm. It was 105º and very windy late afternoon. The arena was dust free except for the dry areas and there was moisture under the top layer everywhere the horses stepped. That was ALL from the watering on Monday. Very little dust only from the dry spots and that dust was very thin and only came up to the horses knees. I put one load of water on the dry spot only.

Thursday morning I groomed the arena again. No water and the arena was still moist and turned over like I had watered it. Only the few really dry spots had any dust. At 12:30 Kristen Weaver-Brown who trains out of our ranch, said that the arena was great and even though around the barrels were dry the dust was at a minimal as she went around the barrels. Before Whoa Dust she couldn’t see or breath because the dust would billow up around her so bad. That night I gave it a load of water in the dry spots and ran the sprinklers for half the time as before.

Friday I groomed the arena in the morning. The ground was great. Lots of moisture in the dirt when I drug. Temperature was 101º. When we rode our horses that night there was minimal dust and the ground was nice and fluffy.

Saturday and Sunday the temperature was 104º with lots of wind. I didn’t water or drag both days. On Sunday we rode in the morning and had no dust issues and the barrel pattern was nice and deep but did not billow up dust as usual under the hot & dry circumstances. That night we watered for about 6 minutes and put two loads on the dry areas.  We had more dust from the horses turn-outs on the sides of the arena than the two girls who were riding in the arena.

Over the last month each day I am more and more impressed with the Whoa Dust application to our arena. The footing is better than ever before, staying consistent throughout the arena. No more slick silky dirt that billows up around us, even when we haven’t watered in a couple days. I will say the keep to keeping the footing staying great is to keep water on it. This keeps the footing absolutely amazing. No slip, nice moisture, holds well and most importantly – very little dust!

Not only does the Whoa Dust improve dust control and helps your footing hold better, it also helps during rain! Crazy right. How can something that holds moisture in help during the rain? Well we had a couple nice rains in the last couple weeks, which we needed desperately here in Southern California. After the first rain, I wasn’t able to get outside until the early evening and when I did the arena was perfect. The rain was better than any watering I could have done and covered the arena evenly and completely. I was able to drag the arena and ride that night with no problems. The Whoa Dust in the arena absorbed the water and we had no puddles. Over the next week I was able to drag every day without putting a drop of water on the arena and the entire area stayed moist and soft. We couldn’t have asked for better ground. There is a smaller area in front of our arena that was not able to be drug for a week because it was too muddy to get the tractor in without getting stuck. 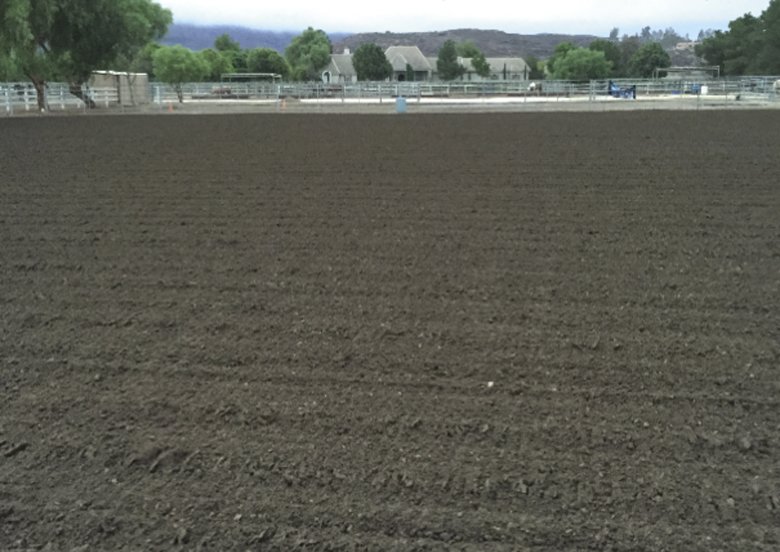 Our second rain was a little lighter this month but still covered the entire arena evenly. Even though the days that followed were very hot in the high 90’s again and dry, the arena yielded very minimal dust. Each day I groomed the arena I turned over nice moist dirt below and again didn’t have to water for 5 days!

So in short, this product is amazing! I have cut my watering down by over 60% and eliminated my dust problem! The footing is better and holds nicer even around the barrels. It helps absorb and disperse excessive water from rain. So if you aren’t on a well in California it could cost you a whole lot more to water and work your arena monthly than it would to have Whoa Dust installed once for the year! This product is by far worth every penny! I hear they may also be working on a product line for your horses pen and I personally can not wait to try it out.