Weaning is usually done somewhere between 4 and 7 months of age, although some ranches leave their foals on the mares a bit longer.

After 4 months of age, the foal’s nutritional requirements exceed that provided by the mare’s milk, and most foals are eating grain and forage on their own. Therefore, the first step in the weaning process should include ensuring the foal is eating a good quality hay and comfortable eating a well-balanced ration containing 14-16 percent protein, 0.7 percent calcium, 0.4 percent phosphorous and a 0.5 percent trace mineralized salt to support the rapid muscle and skeletal growth.

The foals should be healthy and on a good parasite control program that including first deworming with a “white” dewormer at 2 months. That should be followed by deworming every 60 days to prevent round worms that migrate through the foal’s intestinal wall, liver and lungs, predisposing them to pneumonia and other disease.

Vaccination with tetanus, Eastern and Western encephalomyelitis and West Nile virus should take place at around 3 months of age and again three to four weeks later to ensure they are protected from disease during the weaning process. Based on location of the facility and exposure to show horses that are coming and going, foals might also benefit from vaccination against influenza, rhinopneumonitis and strangles. Your veterinarian is your best source of advice on which vaccines your foals should receive, and for deworming recommendations. 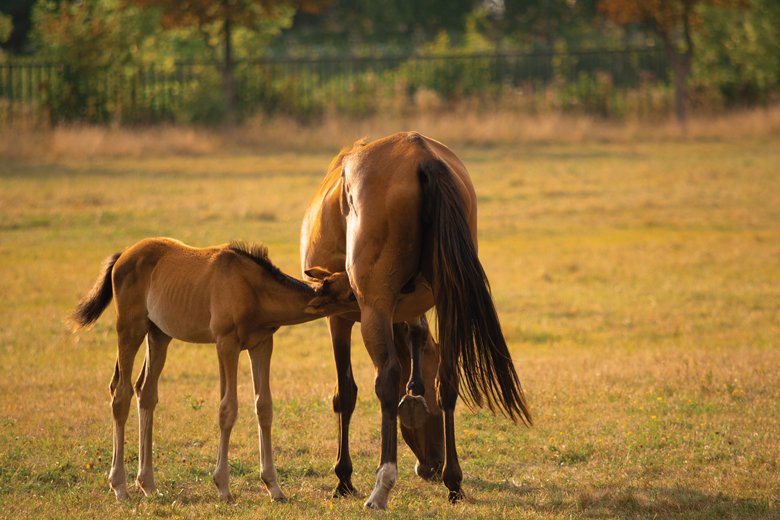 There are two weaning methods that are commonly used – the abrupt method and the gradual method. If there are multiple foals to be weaned and they have been pastured together so they are familiar with each other, the abrupt form of weaning seems to work well, as they will have their herd mates to console them.

An example of an abrupt weaning method would be: 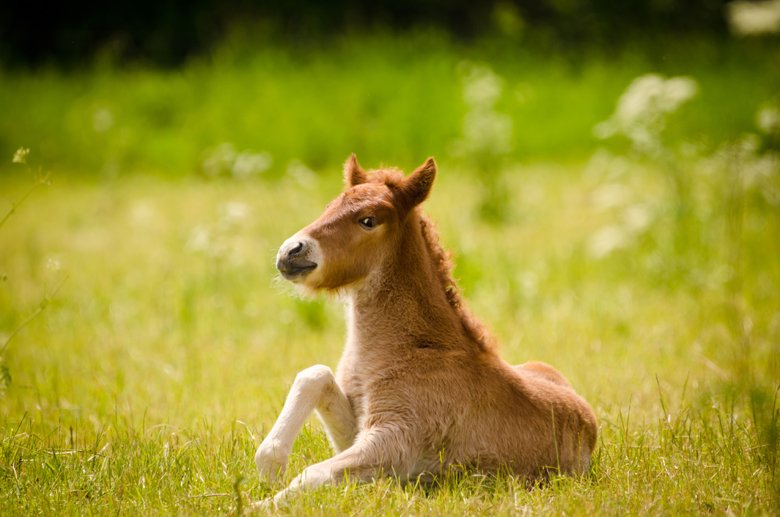 An example of a gradual weaning method would be:

Following weaning, the mares should be turned out in an area where they can be freely exercised, and their grain ration should be decreased for seven to 10 days to facilitate drying up and to prevent weight gain, as they are no longer producing milk for their foal.