There has been significant interest in using livestock guard animals, sometimes also referred to as predator control animals or mobile flock protectors, as a non-lethal means of reducing predation. Livestock guard animals live with the flock, protecting the sheep from predation, without harming or interfering with the flock. Guard animals currently being used with sheep include specially trained dogs, llamas and donkeys. Donkeys are gaining in popularity due to their relatively low cost, minor maintenance requirements, longevity and their compatibility with other predator control methods. Donkeys also offer the additional advantage in that they can be fed in much the same manner as sheep. 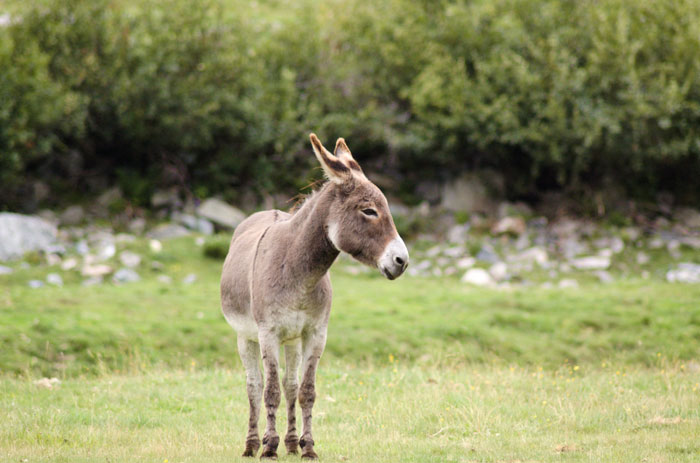 Sheep producers in Australia, United States and western Canada have successfully used donkeys as guard animals, protecting sheep from predation by wolves, coyotes and dogs. The Ontario Predator Study reported that about 70% of the donkeys being used were rated as either excellent or good in terms of providing flock protection.

How Do Donkeys Protect the Flock?

In order for donkeys to provide the best predator protection possible it is important to first understand how they protect the flock. The livestock guard animal, regardless of species, is really no different than a security guard, in that in order to provide protection they must both be in the right place at the right time. The more time the guard animals spends with the flock the more likely it will be present when needed. The donkey’s natural herding instinct means if properly bonded to the sheep, it will stay with the sheep most of the time. The donkey’s herding instinct combined with its inherent dislike and aggressiveness towards coyotes and dogs can make it an effective livestock guard animal… if managed properly. 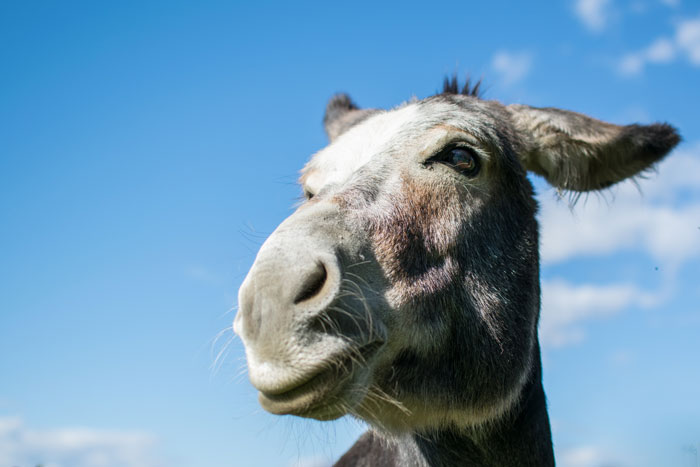 Donkeys rely predominantly on sight and sound to detect intruders. When approached, sheep will tend to move so the guard animal is between the intruder and themselves. The donkeys’ loud brays and quick pursuit will scare away predators and may also alert the shepherd. In most instances donkeys will confront and chase dogs or coyotes out of the pasture. If the canines do not retreat quickly the donkeys will attack them by rising up on their hind legs and striking with both front feet. A solid blow can injure, kill or at the very least discourage the predator.

The donkeys’ distinct dislike of canines may also include the farm or herding dog. Be careful to initially limit and supervise the interaction between the donkey and dog.

Most herding dogs will eventually adapt and learn to work around the donkey rather than try to control it like one of the sheep. Neighbours with dogs should also be notified of the presence of a guard donkey and the potential conflict between donkeys and wandering dogs. While naturally aggressive with canines, most donkeys are docile and gentle with humans. 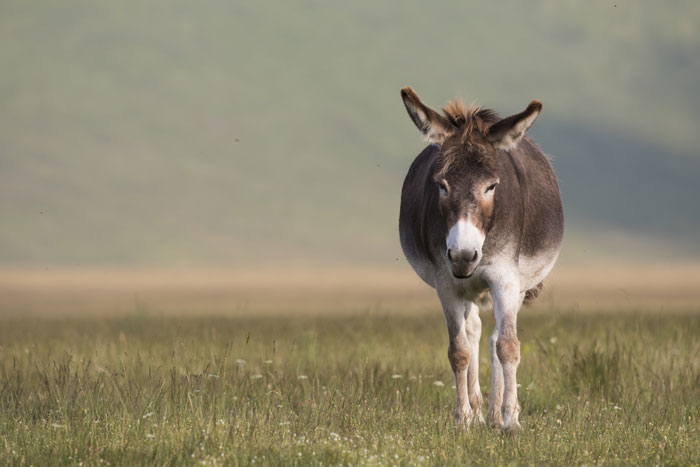 A jenny and foal probably provide the best protection, however jennies also work very well on their own. Geldings are also effective and especially popular because of their even temperament. Intact males (jacks) are not used as commonly as they tend to be overly aggressive with both sheep and people.

Advantages and Disadvantages of Donkeys Over Guard Dogs

Like donkeys, specially trained livestock guard dogs can also protect flocks from predation. However unlike dogs, donkeys are not prone to wandering, providing the fences are well maintained. Donkeys live longer than dogs and with proper management producers can expect donkeys to provide 10 – 15 years of productive protection. On average it will cost less to purchase and maintain donkeys than livestock guard dogs since donkeys will eat primarily home-grown feed.