Twombly Performance Horse Sale was held on July 25th at our ranch near Bayard, Nebraska! The preview was held on July 24th. This was our 46th sale and the first year we offered online bidding to potential buyers! Many of our customers came prior to the sale to try out their picks. We would like to thank all who registered to bid from 45 states and Canada!!! The sale was auctioned off once again by Sammy Hamblen of Colorado. Thanks to Hostetler Buildings of Missouri for sponsoring the brisket dinner Friday night! www.twomblyhorse.com Check us out on FB at Twombly Performance Horses. Watch our website for our upcoming December Horse Sale. 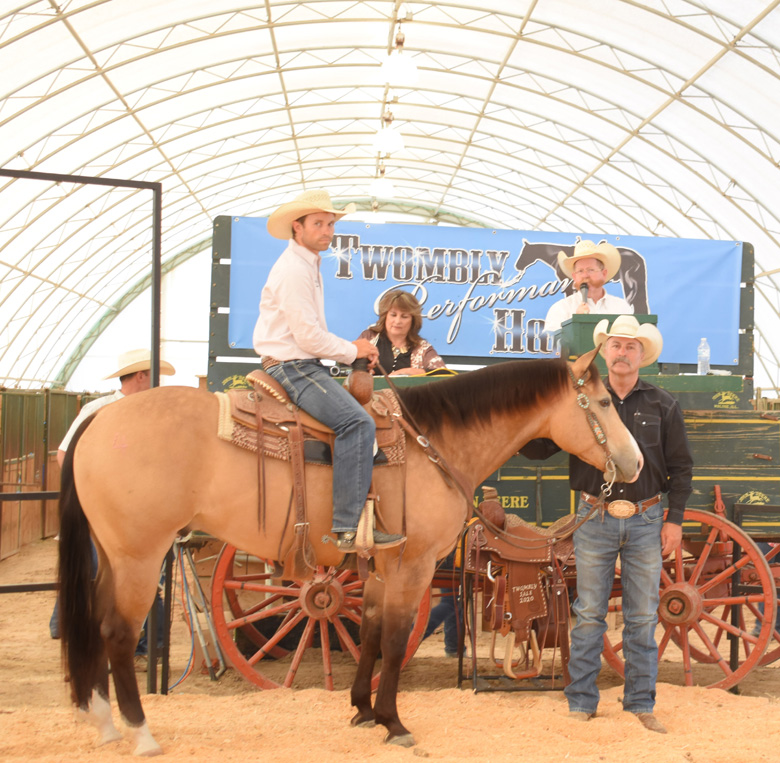 Topping the sale and breaking our all-time high selling record was Lot 4 “Ranger”. This beautiful 4 yr old buckskin gelding is as gentle as can be and broke the very best! Is an own son of Mr Gold Bucks. He sells sight-unseen and makes California his new home on a final bid of $150,000! 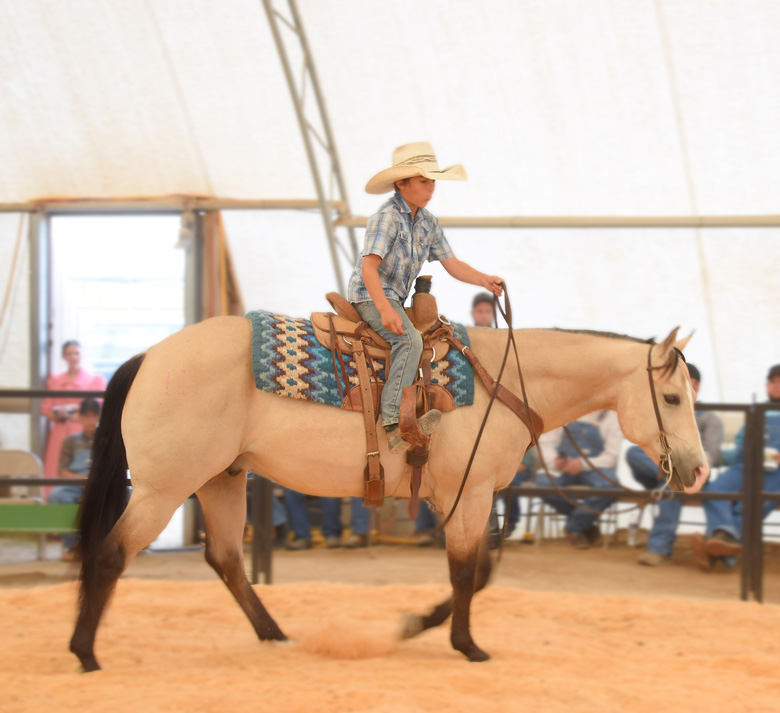 Lot 11, “Crewser” is the cutest little buttermilk buckskin gelding around! Own son of Gunner On Ice. He sells sight-unseen to repeat buyers from Ohio! Gentle for the entire family! $80,000 being the final bid!

Lot 2, “Hey Dude” found an awesome home in Montana! This big pretty 11 yr old bay gelding is a finished reiner and has been ridden by all of the kids! Sired by Starlights Wrangler. NRHA earnings over $8,200.  He sells for $70,000! One of a kind!

Also selling for $70,000 was Lot 1 “Dallas”. This 8 yr old buckskin gelding is a finished reiner and gentle as can be! NRHA earner. Is an own son of Whiz N Tag Chex. He sells sight-unseen and heads for his new home in Arizona!

Lot 15, “Onyx” is the ultimate family horse! He has been shown in the reining and is the perfect trail horse! He found a good home in Texas and fetches a final bid of $52,000!

Selling sight-unseen to repeat buyers from New Mexico was Lot 13 “Hillbilly”. This nice gelding had personality. He sells at a price tag of $40,000!

A family from Georgia purchased Lot 6 “Koda” for $36,000! This own son of Wimpys Little Step is broke to death and gentle as can be!

California bound to an awesome home was Lot 12 “Laredo”, an own son of Wimpys Little step. Tons of personality and is as cute as can be! He brought in a bid of $36,000!

Big pretty and true blue roan colored was Lot 24 “Blue Jeans”. He sells sight-unseen and heads for California at $32,500!

Lot 21, “Lemondrop” is Texas bound! This pretty little palomino gelding is broke and gentle as can be! Grandson of High Brow Cat. He sells for $31,000!

Lot 23, “Lego” is the 7th horse this repeat buyer from Colorado has purchased from us! She bought her first horse from us 28 yrs ago! Sired by On Holiday. Selling for $31,000!

Lot 17 was the pretty little buckskin mare we called “Tassi”. Sired by the great Whizkey N Diamonds. She sells to repeat buyers from New Mexico for $30,000!

Lot 8 was a show stopper and was sired by Wimpys Little Step! “Whisper” found a great home in the mountains of Wyoming! Final bid of $28,000!

Going for $26,500 to a great home in Ilinois was Lot 7 “Daluka”. A beautiful 7 yr old buckskin gelding sired by the great Big Chex To Cash!

One of the most beautiful and kindest Gypsy Vanners we have ever seen was Lot 5 “Gallivant”! He sells sight-unseen and heads to Washington for $25,000!

Lot 16, “Zing Zing” is broke the very best and is gentle gentle! He sells sight-unseen and heads for New Mexico at a price of $25,000!

Lot 20, “Ginger” is a striking, own daughter of Gunnatrashya! Broke the best-she sells sight-unseen for $23,000 and heads for North Carolina!