Twombly Performance Horse Sale was held on July 17, 2021 at our ranch near Scottsbluff, Nebraska!  The preview was held on July 16th.  This was our 48th sale!  We had a great sale!  We would like to thank all who registered to bid from 44 states and four other countries!!!  Many repeat buyers.  The sale was auctioned off once again by Sammy Hamblen of Colorado.  Special thanks to Hostetler Buildings of Missouri for sponsoring the free dinner!  Online and phone bidding was hosted by Superior Livestock.  www.twomblyhorse.com  Check us out on FB at Twombly Performance Horses. Topping the sale and selling sight unseen through Superior Livestock is Lot 4 “Inferno”! The drop dead gorgeous 4 yr old golden palomino gelding is an own son of Inferno Sixty Six! Reining trained and ranch broke. This one of a kind gelding is going to have the best home! He sells for $101,000 to repeat buyers of Ohio! This is the fourth horse this family has purchased from us! Lot 3, “Oakley”, is a barn favorite! The beautiful 6 yr old Buckskin Gelding has NRHA earnings over $10,000. He is gentle for the entire family to ride and is as pretty as a picture. He makes California his new home at $60,000. Heading for Washington state was Lot 18 “Fuzzy”. This four yr old palomino gelding is by Shiners Voodoo Dr! He was started in the reining and knew his way around the ranch and as good minded as a 4 yr old could be! He sells for a final bid of $52,500!

“Big Tex” sold at Lot 30! He is big, pretty and gentle! The 4 yr old uniquely colored roan gelding is about as laid back and easy going as can be! He has the sweetest personality and a fun one to ride in the arena or out on the ranch! He found a great home in Arizona with repeat buyers! He sold sight unseen for $52,000!

Selling sight unseen over the phone to repeat buyers from Canada for $47,000 was Lot 7 “Suzie Q”! The beautiful 8 yr old buckskin mare is an own daughter of Shine Chic Shine and out of a daughter of Gallo Del Cielo! This sweet mare is a babysitter and a finished reiner! She is going to her forever home! This is the second mare they have purchased from us!

Starting the sale out at Lot 1 was “Sterling”! The 5 yr old own son of Smart Spook is as broke as can be and an NRHA money earner! He sold for $45,000 and will head for his new home in Washington State!

Ariat sold to a very special family and also are repeat buyers from Georgia for a bid of $41,000! This is the fourth horse they have purchased from us! Lot 15 is a 15.3 hand buckskin gelding that is a trail horse deluxe!

Lot 5, “Huklbery, is the coolest Appaloosa we have ever owned! He will be making his new home in Saudi Arabia! The beautiful 9 yr old appy gelding is a finished reiner and is ranch broke! They are flying him home and going to ride him on the trails! $39,000.

A repeat buyer from Iowa purchased Lot 12 “Lumiere”! The own son of Wimpys Little Step is as broke and gentle as they come! He is a great kids horse yet has all the ability you could ask for! He landed a great home on a final bid of $39,000!

She had her eye on “LV” before she even got to the sale! This awesome 4 yr old palomino mare is as cute as can be! She sells for $38,000 and will stay in the state of Nebraska!

Family horse deluxe and an NRCHA money earner was Lot 16 “Sparks! This 11 yr old gelding is one of a kind! He sells for $37,000 and heads to Colorado! He enjoys taking care of the family!

“Domino” is a cool colored black and white paint gelding! He is a ranch horse deluxe and a trail rider’s dream! He will continue to be a trail horse in the country of Saudi Arabia! Selling for $35,000!

Selling sight unseen to repeat buyers of North Carolina was Lot 11 “Dixie”! This royally bred buckskin mare is amazing! All of the kids have ridden her and she is broke!! $33,000 being the final bid!

In foal to the great HF Mobster was Lot 33! This fancy palomino and white mare is one of a kind! She sells for $33,000 and will be heading for Saudi Arabia! This baby is going to be fantastic!

Lot 25 sold for $32,000 sight unseen and heads for Texas! “Stylen” is a big, pretty and super athletic gelding that will be used on the race track to pony thoroughbreds!

Also heading for Saudi Arabia was Lot 6 “Shina”! Gorgeous dark palomino mare by Shine On Line had earnings of $5,000 in the reining pen! Talk about broke! She sells for $31,000!

One of the biggest horses in the sale was Lot 21 “Tonk”. The 10 yr old gelding is gentle! This awesome trail horse sold for $31,000 and heads for Saudi Arabia!

Lot 29 “Howdy” is a cool cowboy color bay roan ranch gelding! This 4 yr old has been used on the ranch and is fun to ride! He sells for $31,000 and heads for Texas!

“Blaksea” is as black as they come! He is a finished reiner and a good guy to ride on the ranch! He sells for $30,000 and makes Connecticut his new home! They are going to enjoy him on the trails!

Selling for $30,000 and heading for Washington state was Lot 9 “Manillow”! Huge athlete and super broke! The own son of Yellow Jersey is as cool as can be!

Lot 10 is an own son of HF Mobster! This nice gelding is just a 4 yr old and broke the best! He sells sight unseen and heads for Michigan for a final bid of $30,000!

This gorgeous broodmare sells sight unseen and heads for Texas for $30,000! She is in foal to the great HF Mobster! We can’t wait to see what her foal turns out to be like!

Selling to repeat buyers of Oregon was Lot 27 Buckstitch! This fancy bay gelding is Hollywood Dun It bred and as sweet as can be! He sells for $30,000!

The last horse in the sale was “Gunsel”. He is an own son of Gunner On Ice! Reining trained and has seen the ranch! He sells for $29,500 and stays in Nebraska!

“Chanel” is as pretty as they come! This own daughter of Gunners Special Nite heads for her new home in Washington state on a $28,000 bid! Such an awesome mare!

“Sancho” is an own son of HF Mobster! He sells to repeat buyers of Oregon! The beautiful blue eyed bay gelding sells for $27,000!

The youngest horse in the sale was Lot 28 “Hoola”. This fancy little dark dappled buckskin mare is an own daughter of Platinum Vintage! She sells sight unseen and heads for Florida at $27,000!

Ranch broke and super flashy colored is Lot 26 “Warrior”. He sells for $22,000 and is going to be a trail horse in Saudi Arabia!

The coolest buckskin pony around is Lot 13 “Tots”! He sells to repeat buyers from Georgia for a final bid of $20,000! He will be loved!

This pretty buttermilk buckskin broodmare is an own daughter of Electric Code and out of a daughter of Hollywood Dun It! She sells sight unseen and heads for Colorado at $18,000! 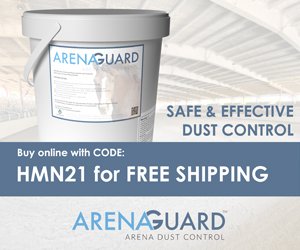