Training isn’t about emotions or feelings, it’s all business. It’s about how much the horse tries. Resistance is normal, especially when you’re introducing a new object to your horse. It’s very common for the horse to move his feet, raise his head or get nervous when you first approach him with a scary object. Don’t lose your temper when he resists you. Take your time and work through the situation. When horses are first approached with a new object, it’s normal for them to resist for two or three minutes because they know that in most cases, their owners will give up first. Now, two or three minutes might not sound like a long time right now, but when you’re out with your horse and he’s dragging you around trying to get away from the object, two or three minutes can seem like an eternity. 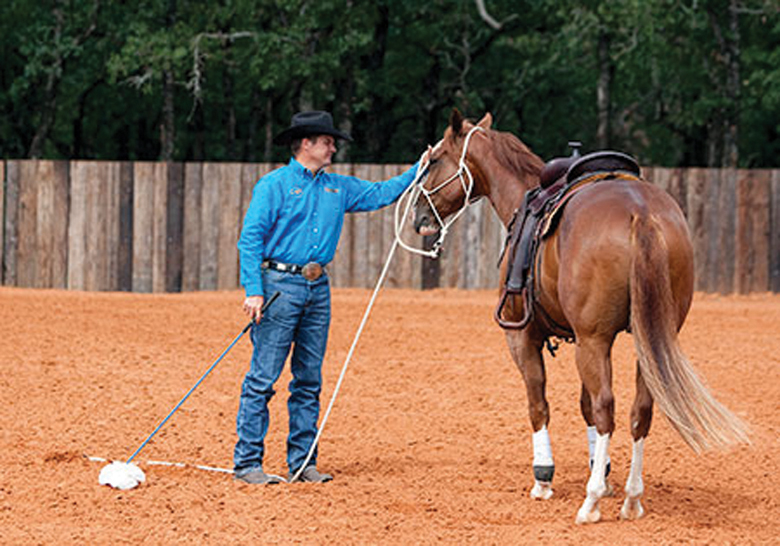 The majority of people quit desensitizing far too early. Instead of remaining patient and working through resistance, they give up. Getting aggressive with the horse or losing your temper isn’t the answer either. There’s no place for emotion while training.

As soon as the horse starts to try, by standing still and showing a sign of relaxing, retreat and reward him. With repetition and consistency, he’ll learn to relax as soon as you approach him with the object. He’ll realize that the longer he resists you and uses the reactive side of his brain, the longer you’re going to keep approaching him. The quicker he tries to do what you want, the quicker you’ll reward him.