A new Tax Court case involved $1.3 million in deductions for amounts that Scott and Debra Householder paid to a thoroughbred horse-leasing operation called ClassicStar for leases that turned out to be a scam.  [Householder v. Commissioner, T.C. Memo. 2018-136.] 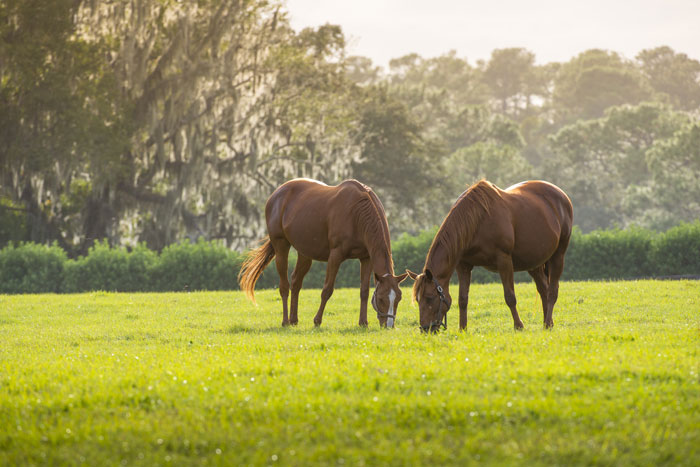 The operation was a Thoroughbred mare-leasing and breeding program.  The taxpayers leased mares from ClassicStar, paid for their board and stud fees, and owned any foals that resulted.  Prepayments of all expenses would generate net operating losses that could be carried back five years, and any income from the sale of yearlings would be capital.

In order to support material participation and therefore claim losses, the taxpayers made records of their participation in a journal, opened a checking account for the “equine business” and created an LLC entity to which they transferred their mare-leasing interests.  The checking account was also used for unrelated expenses (utility bills, monthly car payment). ClassicStar’s VP advised them that “regular, continuous and substantial participation” meant they should keep a log to document time spent in conference calls, visits to the ClassicStar facilities, attendance at horse races, watching horse races on TV and reading equine magazines.

The taxpayers lost in Tax Court, mainly on grounds that this was a “passive activity” in which they did not materially participate.  Also, the court found that the leasing operation was nothing more than a poorly operated tax scheme.

For example, in one year, the mare lease said the taxpayers “desired to lease from ClassicStar the mares on the attached schedule A.”  But there was no schedule A.  Horse breeders don’t usually sign agreements without knowing what horses are involved because the characteristics of the specific horses are what determine whether a breeding operation will be successful.  The court said the taxpayers paid hundreds of thousands of dollars to breed horses without knowing which horses were to be bred.

Another agreement was “to board and care for the mare or mares described on the attached schedule A” – though this agreement lacked a schedule A as well.  Another agreement made ClassicStar the nominee for “the foals set forth on Exhibit A attached,” but there was no such exhibit.

In other years there were schedules that listed pairings of thoroughbred mares with quarter horses and cutting horses.

During the breeding season ClassicStar didn’t tell the taxpayers whether any pregnancies had begun or anything else about the mares, and the taxpayers did not inquire.

There were other problems as well, too complicated to get into here.  But in the end, the IRS raided ClassicStar’s office and charged the organizers with conspiring to defraud the United States by impairing and impeding the IRS with their mare-leasing program.  In a plea agreement, it was admitted that the principals helped people take tax deductions they weren’t entitled to, that they did not own enough mares for the breeding program, and that they had helped people under audit provide misleading and back-dated documents to the IRS.

In the present case the taxpayers had a handwritten “participation log” that covered meetings with ClassicStar staff, reading equine magazines, reading emails and articles of interest, and planning and going to Breeder’s Cup weekend, the Kentucky Derby and other events, meeting other ClassicStar clients, and going on farm tours.

The court said that material participation does not include reading magazines about animal husbandry, talking with other breeders, and thinking about breeding issues. Activities that investors might ordinarily do to monitor an investment are not counted unless the individual is directly involved in the day-to-day management or operations of the activity.

The court also found that the amounts paid for leasing, breeding and boarding mares were grossly inflated and unwarranted.

John Alan Cohan is an attorney representing people in federal and state tax disputes, IRS appeals, and Tax Court litigation, and is a long-standing author of a legal advice column published in numerous sporting magazines.  In addition, he advises organizations on compliance with newly enacted laws and regulations.  John is also author of the book, Turn Your Hobby Into A Business — The Right Way.  He can be reached at:  (310) 278-0203, or email at johnalancohan@aol.com.  His website is JohnAlanCohan.com.