With over 20 USEA-recognized competitions every year and two of the country’s six CCI4*-Ls, Area VI is in transition. What was the eventing galaxy’s Wild West outpost is now a hub of elite-level preparation, all-level horse and rider development and first-class fun and camaraderie. 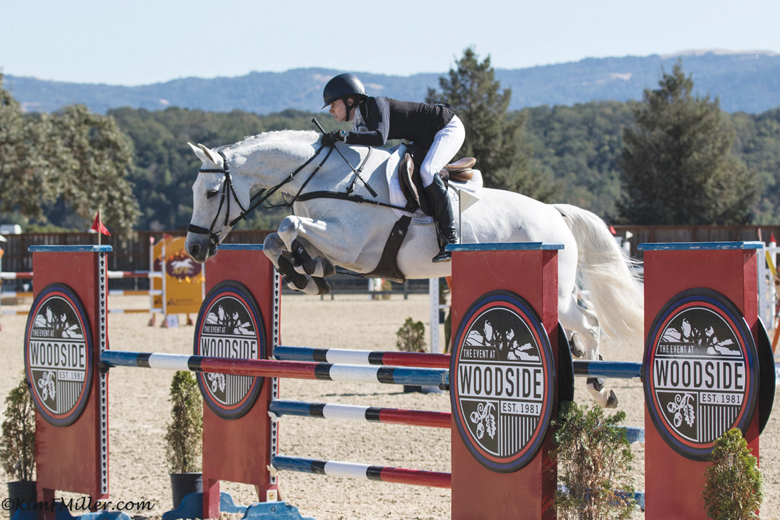 While much of the country is frozen or flooded, California jumps starts the year with four recognized competitions before February’s end. In April, a brand new CCI4*-L unfurls on the Baxter Family’s Twin Rivers Ranch in the vineyard-covered valley of Central California’s Paso Robles. The highest-level international season bookends in Southern California with veteran organizer Robert Kellerhouse’s Galway Downs International, including the region’s established CCI4*-L, in late October. It takes place in another inviting tourist destination: Temecula Valley Wine Country.

From legging up in January through earning final qualifying scores late into fall, Area VI’s calendar provides professionals the perfect stage for their own advancement and that of their horses and riders. USEA Young and Future Event Horse divisions are plentiful in Area VI and the full-format Hylofit Classic Series has two Training Three Days and one Novice Three Day in California.

At a minimum, there’s a recognized event every other weekend throughout the year, often back-to-back. A full slate of hunter/jumper and dressage competitions fills in open weekends to sharpen specific skills.

Along with competition for every level, Area VI has unique events and celebrations.  Woodside International’s Preliminary Challenge in May, marking its 12th year in 2020, and the new Modified Training Challenge, also at The Bay Area’s Woodside, in August, are two examples. There are grass tracks all year at Shepard Ranch in the magical Thoroughbred country of the Santa Ynez Valley, a terrific series of move-up shows and schooling opportunities at Copper Meadows near San Diego and single-day Horse Trials at the Woodland Stallion Station near Sacramento. 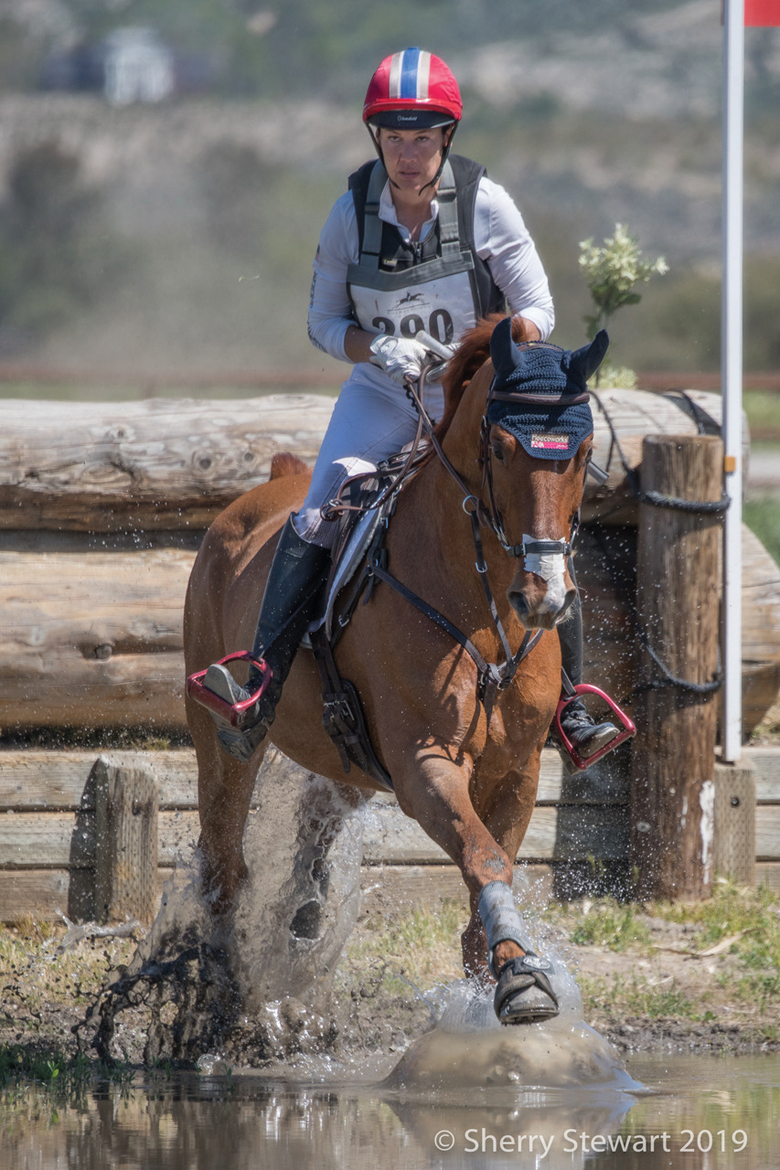 Several of Area VI’s venues and events are family-owned and operated. All are known for going above and beyond to serve exhibitors’ needs. A welcoming sense of community and team spirit imbues all activity in Area VI, where exhibitor parties are famously fun.

Sabo brags on Area VI-ers like Pan Am Games Team gold medalist Tamie Smith and Burghley contender Andrea Baxter. Both prepared for excelling against the world’s best without leaving the region. Sabo is too young to have experienced California when it hosted selection trials for the 1964 Olympic eventing team under chef Dick Collins at the Pebble Beach Equestrian Center. But a lifetime competing in the region, along with her husband and former USEA president Brian Sabo, inform her vision of Area VI as on the brink of similar national prominence.

USEF eventing chef d’equipe Erik Duvander is a frequent visitor to scout and coach current and potential team pairs, and the region’s riders regularly haul home a disproportionate share of industry grants and honors. Having more Instructor Certification Program certified professionals than any other USEA Area has a lot to do with the quality of the talent pool, Sabo notes.

For these and other reasons, the West is on the rise, asserts Sabo, and all are welcome come out for the great ride that is Area Vi eventing.

The Central California Valley venue established as Ram Tap in 1957 kicks off 2020 with a Combined Test Jan. 25-26. Set in the ideal riverbed footing and maintained to perfection, the venue’s cross-country and arena surfaces are praised year-round and especially so for safely handling rain. As principal cross-country designer and builder, Jay Hambly and Bert Wood maximize the venue’s varied terrain.

Continuing the traditions of Ram Tap founders Pat and Marion Humphrey and their successor Bill Burton, John Marshall and a corps of volunteers have gone beyond saving the venue.  In addition to the Combined Test, FCHP now hosts four USEA recognized events, with divisions up to CCI3*-S, plus driving and dressage competitions and educational clinics. In 2019, Fresno hosted the USEA’s West Coast Young Event Horse Championships and Area VI’s Championships. On Feb. 15, Fresno hosts the Area VI annual awards banquet and meeting during the weekend’s CCI and Horse Trials.

Fresno: The fifth biggest California city is a gateway to Yosemite National Park, home to the catacombs-inspired Forestiere Underground Gardens and, by some accounts, has the world’s best tacos.

Winter Horse Trials Jan. 31 – Feb 2 begin recognized events at this 242-acre property in inland Southern California. Organizer Robert Kellerhouse staged the West Coast’s first CCI4*-L (then called a 3*) in 2010 at Galway and has since set a high bar for every aspect of competition — for exhibitors and fans. The whole facility has been continually upgraded, especially since adding top hunter/jumper and dressage shows to its calendar two years ago. Clear-span FEI Stabling is brand new with wide, breezy, light aisleways and big stalls. Galway Downs is also home to a Thoroughbred training facility and the Bert Wood-built and maintained cross-country course winds around a training track with constant terrain and obstacle updates. Jay Hambly recently began designing the upper level routes.

Temecula: Located about an hour inland from San Diego, Temecula is growing fast as a tourist destination thanks to abundant wineries, hot air ballooning and outdoor activities in year-round warm weather. 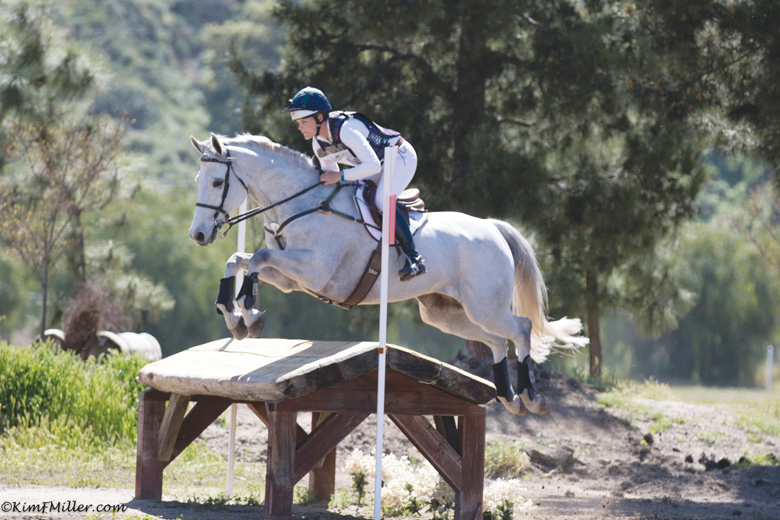 Feb. 28 – March 1 begins a season highlighted by April’s inaugural CCI4*-L at this family-owned and operated venue in Coastal California’s Paso Robles. Mom Connie and daughter Andrea Baxter share a passion for the sport and Jeff Baxter’s grading and paving experience and equipment helped them realize their 2001 dream of transforming 500 acres into a beautiful eventing facility. Competitor amenities include ample outdoor arenas, a 150’ by 300’ covered arena with GGT footing, upgraded permanent stabling, upper-level courses designed by Hugh Lechore and a new collection of show jumping obstacles. “We always offer something new and different,” says organizer Christina Gray. Twin’s recognized event season closes with a bang in September, with the Future Event Horse Championships and Fall Horse Trials running up to CCI4*-S.

Family atmosphere and fun have always been high priorities and are now merged with highest level competition.

Paso Robles is roughly equidistant from Los Angeles and the Bay Area. Its green rolling hills and proximity to the coast make it hub of equestrian activity. Wineries and tourism are growing, yet “Paso” still has small-town charm.

March 13-15 Horse Trials are the first of two recognized events at the Hoffos-family owned Copper Meadows in San Diego County’s Ramona. The 70-acre competition, boarding and training facility also hosts several unrecognized events, with an emphasis on educating and developing horses and riders from the lower levels on up in a friendly, encouraging environment. Tracks and obstacles are updated often to keep things fresh through typically nine schooling events through the year.  A recognized one-day event in September is new to Copper Meadows, and relatively new in the West.

It’s a family affair: Carolyn Hoffos bought the property in 1999 specifically to stage events: the first in 2000. Today, daughter Taren is “Copper’s” organizer, brother Drew is a restaurateur who feeds exhibitors and dad Robin Hoffos entertains with his band.

Ramona is a cute town about 30 miles inland from San Diego. Its budding wine industry and proximity to the quaint mountain town of Julian and the Anza Borrego desert are additional draws. 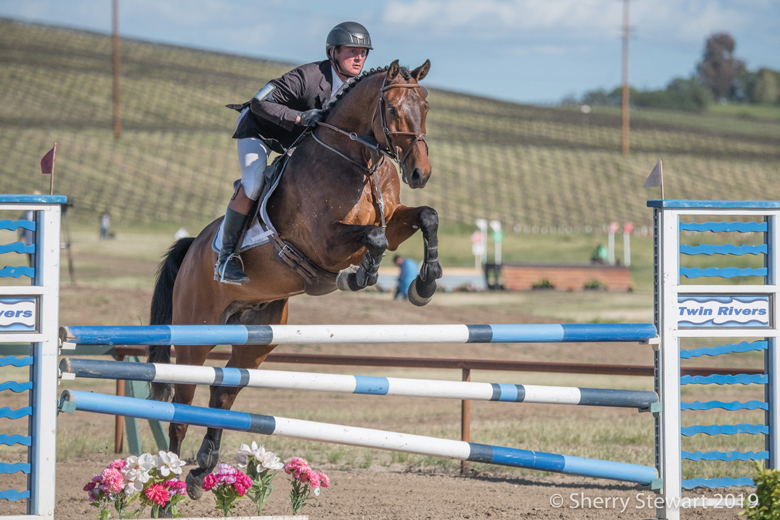 May 9 is the first of three one-day Horse Trials staged at the 101-acre facility in the Sacramento area’s Woodland, including the Future Event Horse division in June. Built on former farmland, WSS is also a training and breeding facility that began developing a cross-country course about five years ago. Arenas and footing were the focus of upgrades for the past two years and this year it’s the cross-country track that spans about 75-acres, says new owner Keila Golden.

Woodland caters to very beginning levels up to Preliminary and promotes a “laid back, friendly and relaxed vibe,” Golden says. “We welcome all riders, wherever they are in their journey.” The one-day format is appealing and affordable to the 70-80 exhibitors who typically come out and there’s room to accommodate an eventual one-day goal of 120.

The town of Woodland was established around the same time as California’s statehood in 1850 and is located 15 miles outside of Sacramento.

The Spring Event at Woodside, May 22-24, kicks off the international season at this unique jewel of a public equestrian facility. Under Bert Wood’s direction, the courses through green grass hills, three water complexes and an actual “woods” are maintained with an “aggravator” for an ideal blend of traction and cushion. British legend Ian Stark designed the upper level courses, which are widely viewed as good preparation for events anywhere in the world.

Woodside: About an hour south of San Francisco, this South Bay Area town is a neat mix of Silicon Valley and horsey heritage. There are still hitching posts in Woodside’s tiny downtown, where Buck’s is the go-to for good grub and a glimpse of high-stakes deal makers.

June 19-21 is the first of two Horse Trials hosted with the Santa Ynez Valley Pony Club. Owned by the family of 5* eventer Bunnie Sexton (née Shepard), Shepard Ranch began hosting recognized events in 2000. Home to the oldest wood frame house in the Thoroughbred-rich Santa Ynez Valley, Shepard Ranch irrigates its 35 acres of permanent pasture, where gently sloping grass tracks are an unusual treat in the West.

Pete Costello and Ram Tap’s Bill Burton helped build the cross-country courses, with later help from James Atkinson and, now, Bert Wood. Pony Clubbers continue as the volunteer heart and spirit of Shepard’s events, and a portion of the events’ proceeds help raise money toward their Championships.

The Santa Ynez Valley is a beautiful area just over the Santa Ynez Mountains from Santa Barbara. It became famous as the location for the 2004 movie, Sideways, and includes the quaint Dutch town of Solvang and many Thoroughbred and other horse farms.