Only stop working your horse when he has a good attitude and is respecting you as the leader, or at the very least, has a better attitude than when you started your training session. When horses first come to the ranch for training, especially if they’ve been disrespectful for a while, they get worked more than a horse that is respectful and has a good attitude. It really comes down to this – the worse the horse’s attitude, the more he’s worked. The better his attitude and the more he tries, the less he’s worked. 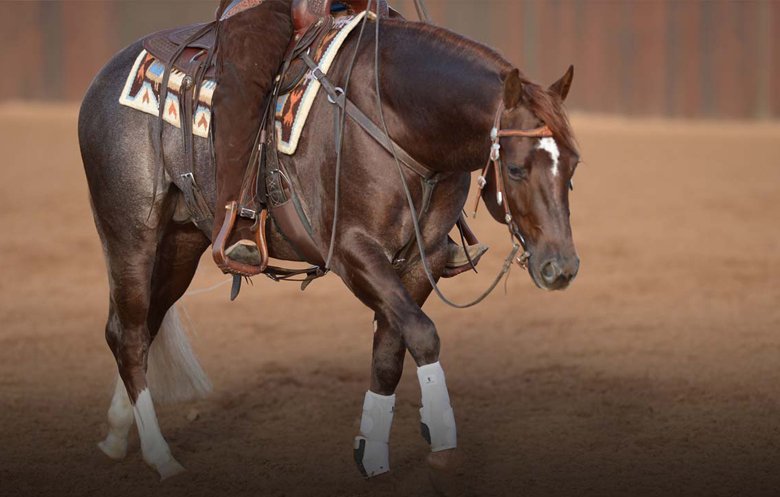 Don’t take what I just said out of context or to the extreme though. When you’re working your horse, you don’t want to run him out of air to the point of exhaustion, no matter how he’s behaving. If a horse runs out of air, he’ll only be concentrating on one thing – finding air, and he won’t be able to think about what you’re asking him to do. So it would be pointless to keep drilling on the exercise and making his feet move. You have to let him stop and give him a chance to get his air back. That doesn’t mean, however, that you can’t train on him at the same time. When you’re letting him air up, desensitize him. He already wants to stand still, so use it to your advantage.

The most important thing to remember is to not quit the horse before he’s using the thinking side of his brain and has a good attitude. If you quit him when he’s snarly or using the reactive side of his brain, you’ll only reinforce that behavior in him.