Horses are smart enough to know when they can chump us and when they can’t. For example, more than likely, if your horse spooked at an object when you were riding him at home, you’d immediately correct him and solve the problem. However, when we’re at a show and we’re being judged, most of us aren’t as quick to correct our horses when they do something wrong and we tend to let bad behavior slide because we don’t want to ruin our chances of winning. It doesn’t take long for a horse to realize that he can nearly get away with murder at a show. 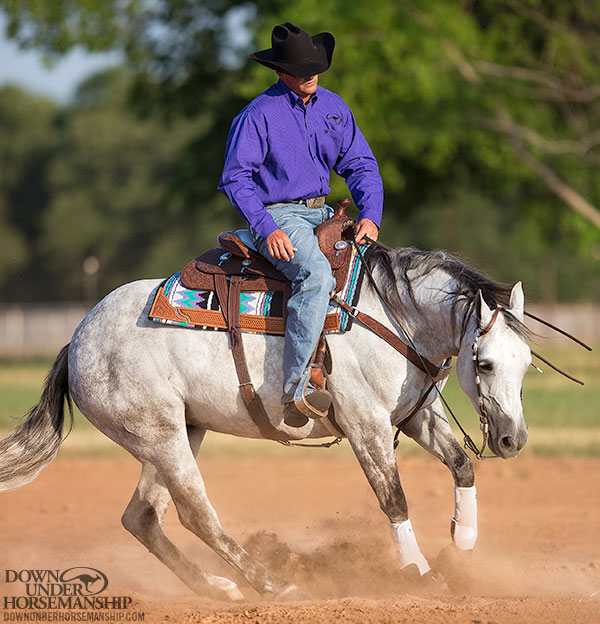 My horses are no different; I’ve experienced this same problem myself. The way I’ve found to get around it is to take my horses to local shows where I can “school ’em and fool ’em.” These are shows that are close to me and where entry fees aren’t much. Instead of going to the show intent on winning, I go to simply train on my horses. For example, if one of my reining horses has a tendency to not want to rate back to me on a pattern, I take him to one of these shows where I’m not afraid to correct him on the spot, ruining any chance of placing in the class. Once you prove to your horse that you’re not afraid to correct him in public, he’ll shape up quickly. It might take two or three repetitions of hauling him to local shows to school on him before he rides well during competitions where it’s all on the line.

This is a problem that often requires maintenance, because whether you want to admit it or not, when you’re at a competition that means a lot to you, you’re probably going to let some bad behavior go by. And your horse is going to smell a rat. So after you let him step out of line a little bit, you’re going to have to take him to a local show to school on him. Remember, horses are nothing but maintenance with legs.