Equine gastric ulcer syndrome (EGUS) was coined to describe a unique set of conditions that are manifested as erosions and ulcerations in the distal oesophagus, nonglandular and glandular stomach, and proximal duodenum of horses (Anon 1999). Ulcers, erosions and hyperaemia in the nonglandular region of the stomach are similar to gastroesophageal reflux disease (GERD) in man, where stomach acids are refluxed onto the sensitive squamous mucosa of the oesophagus. In horses, however, the oesophageal tissue (squamous epithelium) is present in the proximal one-third of the stomach and is not protected by an oesophageal sphincter. This area of the stomach is constantly exposed to gastric acids (hydrochloric, volatile fatty and bile acids).

The condition of GERD is common in human athletes and a number of provocative physiological events occur during exercise that exacerbate oesophageal reflux (Collins et al. 2003). These include increased gastric acid secretion, impaired gastric emptying and increased internal gastric pressure. In fact, published epidemiological data on GERD indicate that upper gastrointestinal (GI) symptoms occur in 58% of surveyed athletes and these symptoms are proportional to exercise intensity (Worobetz and Gerrard 1985). As exercise intensity increases and blood flow shifts away from the GI tract to working skeletal muscles, GI motor activity is modified and gastric emptying delayed. Several factors could explain exercise-induced gastroesophageal reflux in man: body position, which delays oesophageal clearance as subjects shift away from the upright position (e.g. sprinter); increased abdominal pressure generated by the Valsalva manoeuvre (i.e. weightlifters); or the bent-over racing position maintained by most cyclists (Collins et al. 2003). All of these activities can increase the abdominal component of the vectorial force pushing gastric contents up against the lower oesophageal sphincter. 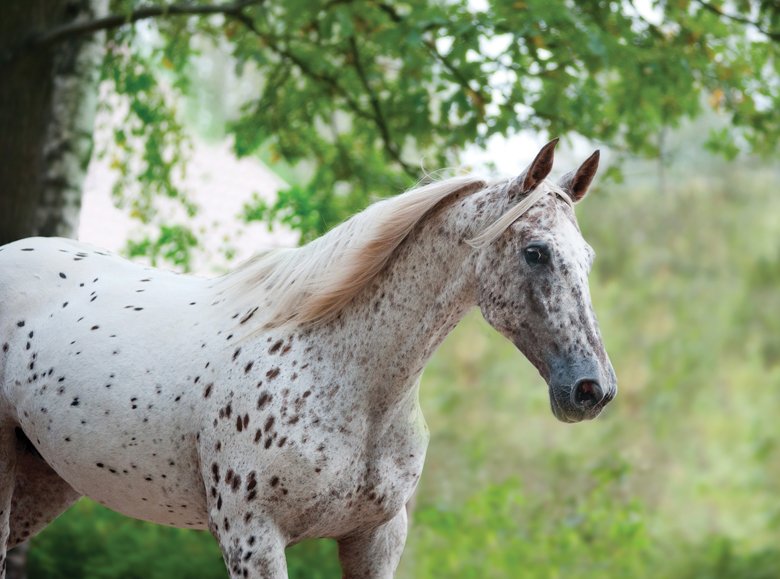 This scenario may be similar in horses during exercise. Recently, Lorenzo-Figueras and Merritt (2002), showed that intragastric pressure in horses sharply increased at a trot and gallop, which was due to increased intra-abdominal pressure related to the exercise. They showed that this increase in intraabdominal pressure during exercise resulted in an increase in gastric pressure, which pushed gastric contents up into the proximal region of the stomach exposing the nonglandular squamous mucosa to inorganic (HCl) and organic acids (volatile fatty acids [VFAs] and bile acids). This mechanism may explain the high prevalence of gastric ulcers in racehorses and is consistent with observations that: 1) the lesions regress or disappear when a horse is taken out of training or treated with an acid-suppressing drug; and 2) the lesions are most often found near the margo plicatus on the lesser curvature where the squamous mucosa is most constantly in contact with gastric contents, even in resting animals.

There have been attempts to link nonglandular squamous ulcers, erosions and hyperaemia as a result of acid reflux, to poor performance in racehorses. In the preceding case report Franklin et al. (2008) provide the first objective evidence that gastric ulcers in the stomach of horses cause poor performance. In that report, 80 horses underwent a comprehensive performance evaluation, and 4 horses were identified that had no significant abnormal parameters that caused poor performance except for the presence of gastric ulcers. The authors point out that only anecdotal evidence exists in the literature that EGUS causes poor performance. Previous studies relied on trainers’ expectations and did not examine objective measures of performance. 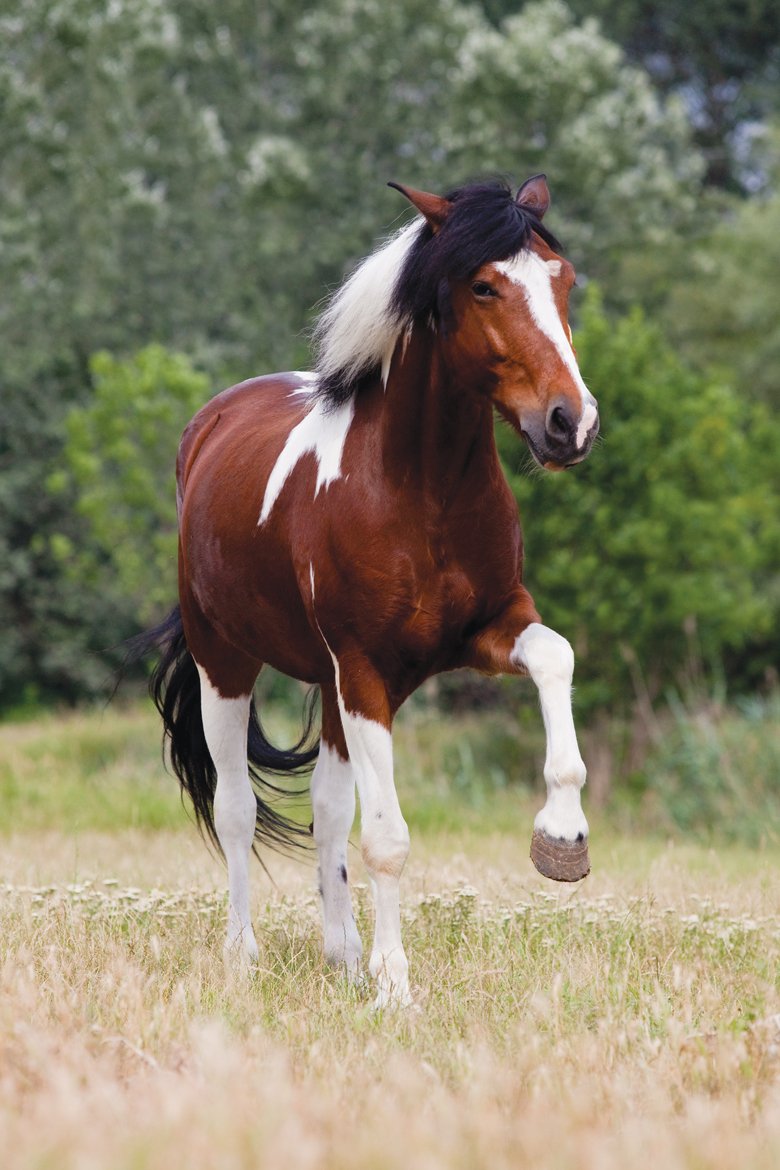 The authors offered 2 suggestions on the mechanisms by which EGUS caused poor performance in the horses in this case series: gastric pain and anaemia. There was no evidence of abdominal pain in these horses, but signs of gastric ulcer disease are often vague and go unnoticed by observers. Nearly 60% of human athletes complain of upper gastrointestinal symptoms, and this could occur in horses. Unfortunately, horses don’t complain!

Anaemia could explain the reason for poor performance in these horses or in racehorses in general. Although previous epidemiological studies have failed to find an association between haematological parameters in populations of racehorses, 3 of the 4 horses in the preceding case series had haemoglobin concentrations below the reference range. The authors point out that a recent study showed that horses with EGUS had significantly lower RBC counts and haemoglobin concentrations compared to horses without EGUS (McClure et al. 1999).

All horses in the preceding study were treated with omeprazole paste (GastroGard) and returned to racing after treatment. Improvement in Raceform ratings and increased earnings were noted and this was attributed to resolution of lesions since omeprazole has no performance-enhancing properties by itself, according to the previous report (Franklin et al. 2008). The results of this study are quite interesting and give objective evidence that gastric lesions led to poor performance in these horses and that successful treatment with omeprazole improved performance.

A recent study in human runners addressed the effect of GERD and treatment with antisecretory agents on poor performance (Rodriguez-Stanley et al. 2006). In that study, runners with frequent GERD had a significantly decreased time to exhaustion compared to runners without reflux. However, prophylactic rabeprazole (omeprazole-like PPI) administration did not improve performance in the runners with GERD. Therefore, treatment in these human athletes did not result in a significant effect on performance. Thus, decreased performance in human athletes with oesophageal reflux may be related to oesophageal pain and not stomach pain as with horses.

The authors also address the issue of recurrence of gastric ulcers in horses once treatment is discontinued. Ulcers may develop within a few days after treatment is discontinued. In one study, nonglandular gastric ulcers returned within 8 days after cessation of treatment with omeprazole in horses engaged in both light and heavy training regimes (White et al. 2007). The authors cite the use of low dose omeprazole (1 mg/kg bwt per os q. 24 h) in these horses to prevent recurrence. However, prophylactic use of omeprazole results in a significant economic cost to owners and trainers; therefore management changes may be more cost effective.

To reduce gastric acidity, the authors suggest altering management practices, including daily pasture access, feeding ad libitum forage and providing smaller and more frequent concentrate feedings. Serum gastrin concentrations are high in horses fed high concentrate (grain) diets. Also, high grain diets are high in soluble carbohydrates which are fermented by resident stomach bacteria (Lactobacillus spp.), resulting in the production of VFAs, which, in the presence of low stomach pH (≤4), have been shown to cause acid damage to the nonglandular squamous muscosa (Nadeau et al. 2003). A recent study, using an in vitro model, showed that feeding grain at greater than 0.5 kg/100 kg bwt every 5 h resulted in VFA concentrations above threshold concentration, which led to acid damage as indicated by changes in nonglandular tissue bioelectrical properties (Andrews et al. 2006). Thus, smaller grain feedings every 5–6 h may help in the prevention of EGUS. 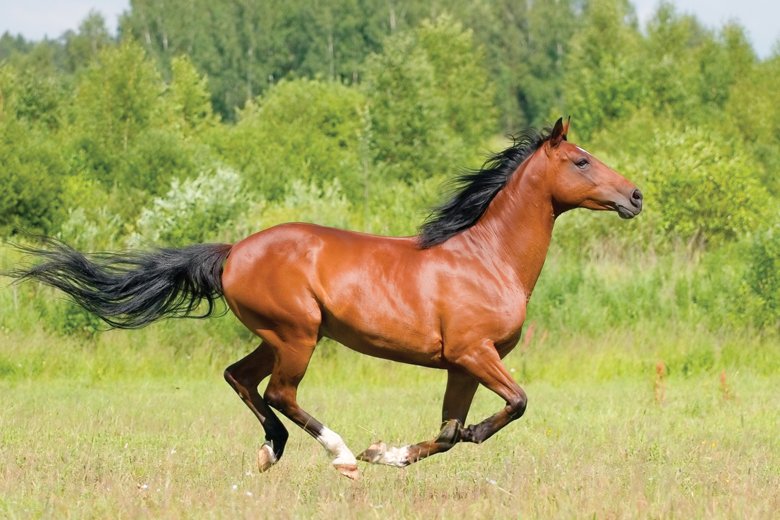 In summary, gastric ulceration, part of EGUS, is common in racehorses throughout the world, and now we have objective evidence that it leads to poor performance. Omeprazole treatment appears to help improve performance as indicated by an increase in Raceform ratings and earnings in these horses. Since ulcers will likely return after treatment is discontinued, a low dose of omeprazole can be used to prevent recurrence, but long-term management changes are more likely to be cost effective. However, more research is needed to determine which management strategies are effective and which ones are of greatest benefit to the horse, while still maintaining a high level of performance.