Over a century ago, the first case of “Pigeon Fever” was reported in a horse in San Mateo County, California. Since that initial report in 1915, the disease identified by intramuscular abscesses caused by Corynebacterium pseudotuberculosis, has made frequent appearances in the western U.S.

For years, Pigeon Fever was considered endemic in states such as California, Arizona, New Mexico and Texas. Then in 2002 and 2003, states such as Kentucky, Wyoming, Utah and Colorado reported outbreaks, followed by Oregon and Idaho in 2005 and 2007.

When more than 60 cases were reported in the Florida Panhandle in 2012, it became clear that infection by C. pseudotuberculosis was not limited to only the western region of the country. Thousands of horses have been affected since 2010.

Today, veterinarians are finding that Pigeon Fever occurs in all parts of the U.S., as well as southern Canada and northern Mexico.

There is no one specific reason for this spread and increased report of cases. Researchers say various factors may be involved, including environmental and climatic conditions, and changes in insect populations. The bacteria persists in soil, so once established in a region, new cases are going to occur.

Although cases are seen throughout the year, Pigeon Fever tends to have seasonal peaks from summer through fall, corresponding to the peak in insect populations. 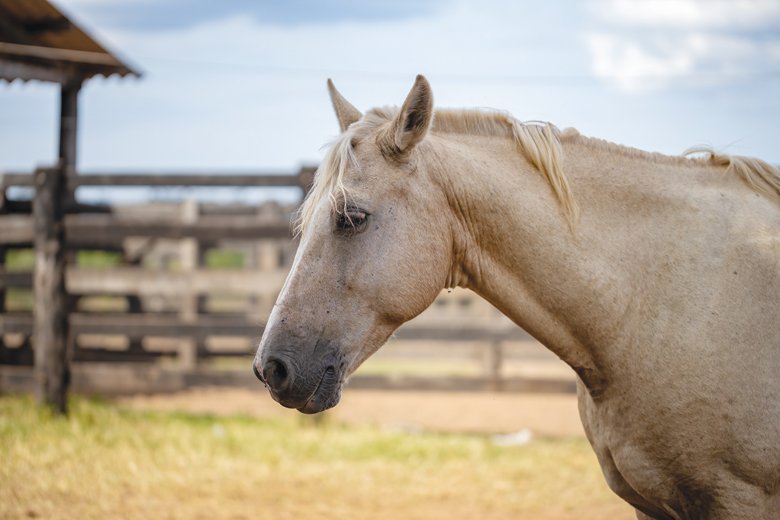 Despite the name, this disease has nothing to do with pigeons or birds of any sort.

The name is derived from the fact that large abscesses caused by C. pseudotuberculosis in an infected horse’s pectoral region (chest) can look like a pigeon’s puffed up breast.

Despite the disease’s name, fever can be detected in only about a quarter of the horses infected with C. pseudotuberculosis. However, even if a fever may not be present at the time of veterinary examination, this does not mean a fever never occurred.

So, if pigeons aren’t involved and fever isn’t always a sign, what causes this disease with the unusal name?

This particular bacterium is a soil-borne organism that is remarkably long-lived, even in different soil types. The organism thrives in areas where manure is added to the soil, which, of course, naturally occurs in equine environments. Research has shown the organism can survive longer than eight months in soil, and up to two months in hay and shavings.

But just because the bacteria is present in the environment doesn’t mean infection is guaranteed. So how does this organism infect some horses and not others?

The C. pseudotuberculosis organism gains entry to the horse’s body through skin wounds or abraisions, and also mucous membranes.

Insects such as houseflies, stable flies and horn flies are known to transmit the bacteria. Horses can also pick up the organism when in contact with an infected horse, as well as  contaminated materials, including bedding, soil, and barn equipment.

“The incubation period is variable, between seven and 21 days,” notes Sharon Spier, DVM, PhD, Dipl. ACVIM, a professor in the Department of Medicine and Epidemiology at the University of California-Davis. 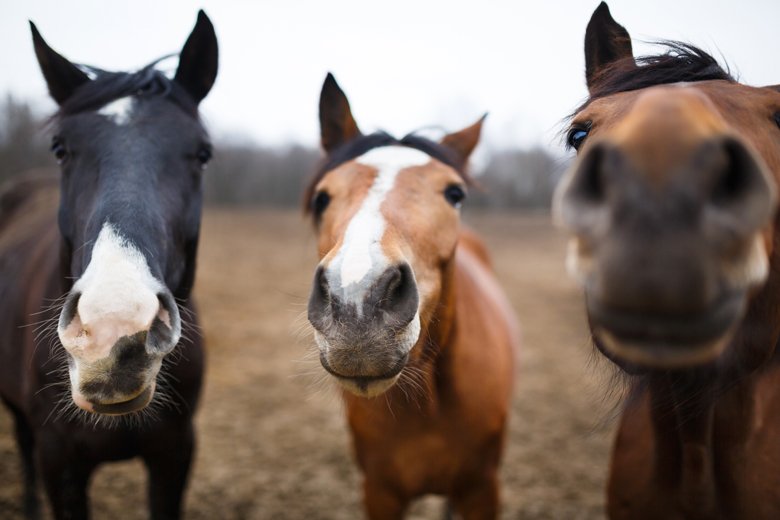 Let’s say a horse at your boarding barn is diagnosed with Pigeon Fever. Does this mean your horse is automatically at risk?

“Because the disease is transmitted by flies, often times when one horse is observed with an abscess, other horses at the barn have been exposed to the bacteria as well,” notes Spier. “Things you can do to reduce the risk of infection are [fly control], sanitation and meticulous attention to wound care.  Discard pus or exudates, wear gloves, and use antibacterial and fly repellant ointments around abscesses.”

In any situation where there are multiple horses, it’s always advised to wash hands between handling horses.

Not only does this disease have a rather misleading name, Pigeon Fever can occur in three different forms:

Let’s take a closer look at each form.

External abscesses are the most common form of Pigeon Fever. While the horse can develop abscesses anywhere on the body, the most likely location is in the pectoral region and the ventral midline along the belly. Fatality rate for horses with this form of the disease is very low, less than 1%.

Internal abscesses are caused by musculoskeletal infection by the organism, making diagnosis challenging. Infected horses may show serious lameness. This form is much less common, occurring in only about 8% of infected horses, but the fatality rate is high, 30 to 40%.

Ulcerative lymphangitis is the rarest form of the disease and typically appears in one or both hind legs with limb swelling and draining tracts. Aggressive veterinary treatment is needed to prevent chronic infection.

“The fatality rate is very low, similar to external abscesses,” Spier says of the ulcerative lymphangitis form of the disease. “However, horses will often suffer damage to the lymphatics in the affected limbs, leading to chronic swelling and risk of re-infection or cellulitis from other bacteria.”

Spier points out that each horse’s individual immune response is believed to be responsible for dictating the severity and duration of disease, as well as whether internal abscesses occur.

“Internal abscesses occur in less than 10% of all horses with disease, but they are worrisome in that they can sometimes be challenging to diagnose and require lengthy (at least one month) courses of antimicrobials,” she notes.

“The location of external abscesses is likely due to the feeding behavior of flying insects that can vector disease,” observes Spier. “The stable fly bites on the legs where ulcerative lymphangitis occurs. Stable flies also feed on the pectoral, girth and masseter (cheeks) region. Horn flies feed on the ventral midline, and abscesses are commonly found in the area where fly irritation occurs. House flies are attracted to wounds and discharges.” 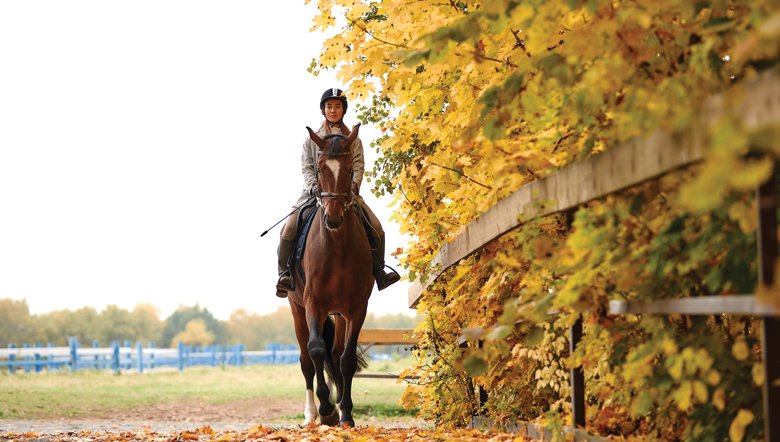 If your horse shows any of the following signs, have your veterinarian out to determine if you’re dealing with a C. pseudotuberculosis infection:

To confirm a diagnosis of Pigeon Fever, your veterinarian will conduct a physical exam of the horse, noting clinical signs. In addition, the veterinarian will collect some of the material that exudes/aspirates from the abscesses to perform a bacterial culture.

The method of treatment is designed for the individual horse, depending on the specific form of C. pseudotuberculosis infection.

“Fortunately, most horses develop external abscesses and the large majority recover uneventfully,” Spier notes. “Horses with internal abscesses and ulcerative lymphangitis must be treated with antimicrobials for resolution. A veterinarian should examine any horse with infection, no matter what form of disease is present.”

Drainage is always important to remove infected pus from abscesses. In the case of deep abscesses, which tend to be very painful, the veterinarian may utilize ultrasound to pinpoint the precise location and insert a needle to encourage drainage and also flush the area.

Depending on the form of disease, the veterinarian may use antibiotics and/or non-steroidal anti-inflammatory medication (NSAIDs).

The infective material draining from abscesses should be collected and disposed of. Gloves should always be worn when cleaning discharges. Areas where the infected horse has been, such as stall and specific barn locations where the horse was treated should be cleaned and disinfected. 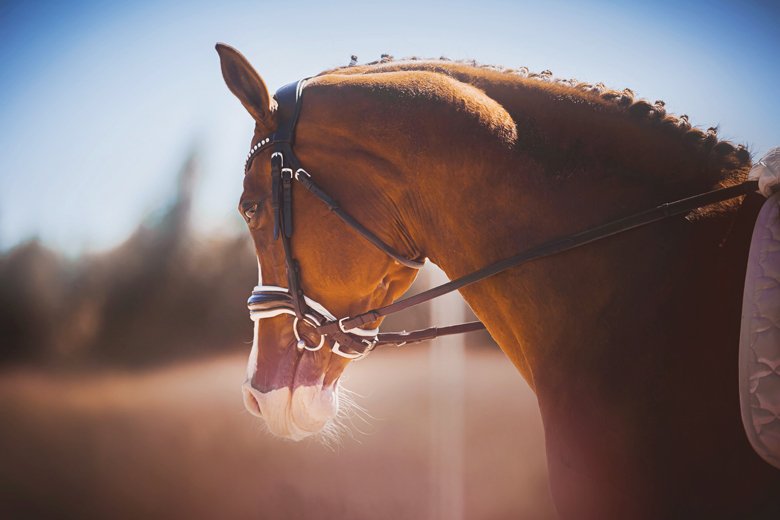 “In 90% of cases, the horse will only experience one bout of disease and subsequently be immune to re-infection,” Spier explains. “In a minority of cases, re-infection in subsequent years, or prolonged duration of disease with numerous abscesses can, unfortunately, occur. We believe these horses fail to make an appropriate immune response to the bacteria and it is an area that needs further research.”

Spier recommends in these cases the horse owner should work with their veterinarian to determine the best course of treatment.

“There is no “chronic carrier” state of C. pseudotuberculosis in horses; soil is the reservoir for infection,” she adds. “The duration and severity of the course of disease varies widely among horses. Once an abscess has drained, most horses recover in two to four weeks.”