By Cynthia McFarland, Courtesy of Farnam

No one can deny we live in a rapidly changing world. When you read the headlines and hear news reports, it’s only natural to wonder how close to home those stories will eventually come. 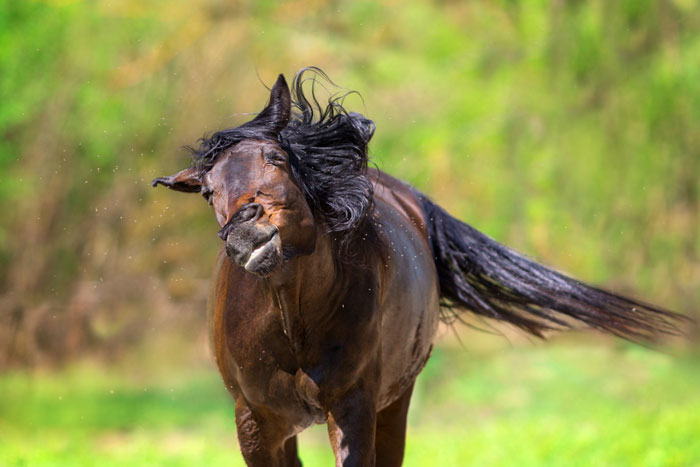 The first cases of this mosquito-borne disease that is related to West Nile Virus (WNV) and dengue fever, were diagnosed in the United States in 2015. The main concern for people exposed to Zika is the link to birth defects. While so far, the disease has only been found in humans and primates, it makes sense for horse owners to wonder if Zika could pose a problem in equines. After all, the disease is spread by mosquitoes.

“We don’t yet have information to suggest that horses become infected with Zika or develop disease, and there are certainly horses present in many parts of the world where Zika Virus is present,” observes Martha Mallicote, DVM, a veterinarian in Large Animal Medicine at the University of Florida in Gainesville.

“Most of the human cases that have occurred in the U.S. have been related to travel or intimate contact with someone infected,” she explains. “Theoretically, the conditions are not right for Zika to be an endemic disease here in the U.S., but it would be dangerous to think that it could never happen. The risk for horses to become infected seems fairly minute at this point and the concern for human infections is much more important.”

Even if Zika never becomes an issue in the equine population, there are already enough mosquito-borne diseases that do infect horses.

“We are seeing more mosquito-borne diseases,” says Mallicote. “The range of many mosquito species is wider than previously, due to increased global temperatures, making environments more hospitable to these insects than previously. A great example of this is bluetongue virus in Europe, which attacks ruminants (cattle, sheep, etc.). The range of bluetongue has increased substantially because the mosquitoes are now present in places that they were not previously seen. When the vector is present, then the disease can flourish.” 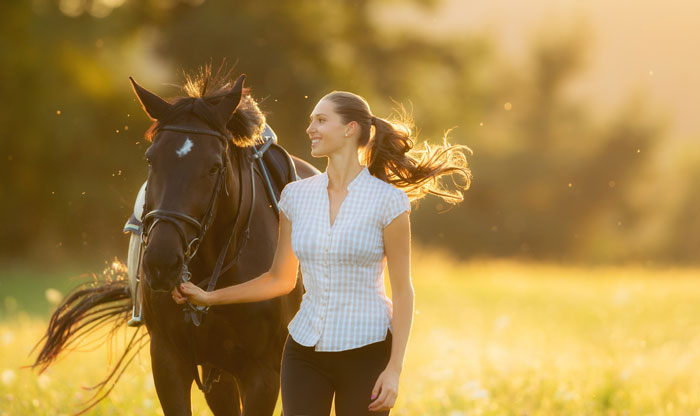 “Other than West Nile, which most horse owners are now aware of, we must also remain committed to continued vaccination against the ‘older’ mosquito-borne encephalitis viruses,” cautions Mallicote.

EEE was first diagnosed in New England in 1831 after the death of some six dozen horses. WEE was first identified in 1930 after a number of horses died in California.

EEE has a mortality rate of 75 to 95%, while the mortality rate for WEE is 20 to 50%. Both are referred to as “sleeping sickness” and are life-threatening viral diseases that attack the central nervous system. EEE and WEE are spread when infected mosquitoes bite horses after having picked up the virus, usually by feeding on an infected bird. There is no cure for either disease.

Compared to EEE and WEE, West Nile is relatively new to the U.S., but is a perfect example of how easily a disease can spread when carried by mosquitoes. WNV originated in Africa and the first U.S. cases were identified in 1999. Since that time, the prevalence and exposure area of WNV has spread significantly in our country.

“We now consider WNV to be a potential risk in almost the entire U.S.,” says Mallicote, adding that WNV has also been reported in most Canadian provinces.

While less likely to result in death to the horse than encephalitis, WNV can require extensive veterinary treatment and affected horses may suffer long-lasting neurologic deficits. 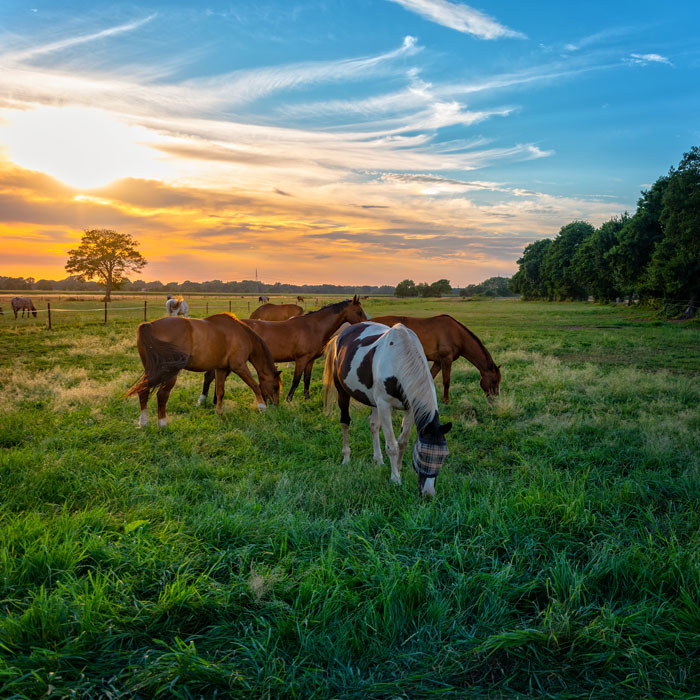 “The vaccines that are available are effective and inexpensive. The frequency that those vaccines should be used varies, depending upon region and mosquito presence throughout the year,” says Mallicote.

“In Florida, for example, horses are vaccinated for these diseases two to three times annually. These vaccinations should not be skipped, particularly in areas like the Southeast, Gulf coast, and Southwest where mosquitoes are present much of the year.”

It’s important to discuss vaccination with your veterinarian to come up with a vaccination schedule that fits your particular horse and where you live. Strategic vaccination is very effective when it comes to protecting horses and ensuring immunity to these diseases is at its best during mosquito season.

Fight Back Against Mosquitoes

The war against mosquitoes involves more than vaccination. Take a good look at your property and stable management practices to see how you can markedly reduce exposure to mosquitoes.

“Just as important as vaccination is the use of mosquito control. This will ultimately protect the horses, humans and any other at-risk species that may be present on the farm,” says Mallicote.

Because female mosquitoes lay their eggs in or around water, any standing water is prime mosquito breeding ground, so take steps to eliminate it. Even a tin can or coffee cup that catches rain water can breed disease-vectoring mosquitoes.

Obviously, you need to have water tanks and troughs for horses to drink from, but during mosquito season, these should be dumped and cleaned out every three days. This dramatically helps prevent mosquito larvae in the water from developing into adults.

“Examine the farm for any areas where puddles develop and remain in wet weather conditions. Don’t over-water, as this creates puddles,” advises Mallicote.

Get rid of damp vegetation, brush, weeds and leaves around the barn where mosquitoes can hang out in the heat of the day. This includes cleaning out gutters regularly.

“We have not yet identified equine cases of some of the more novel mosquito-vectored diseases that are being seen in humans in Florida and the Caribbean,” notes Mallicote, “but that does not mean it won’t occur in the future. Stay tuned on that front.” 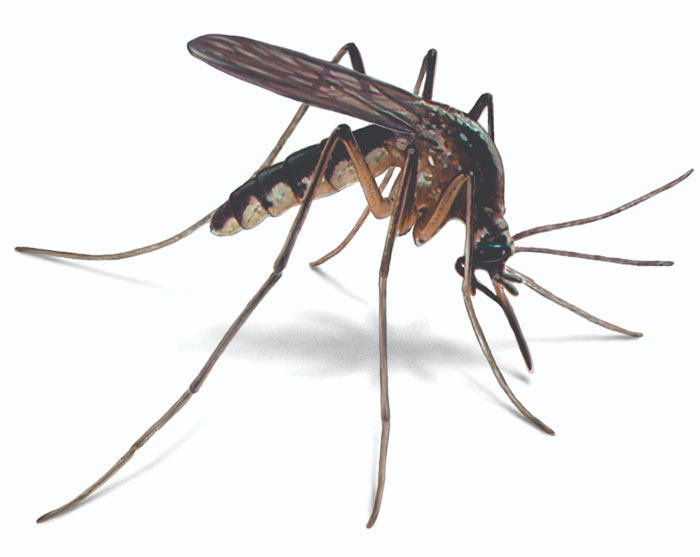 According to the American Mosquito Control Association, there are 176 species of mosquitoes in the U.S. Mosquitoes live four to eight weeks and it is only the female that bites. She needs a “blood meal” in order to develop eggs. Because all species of mosquitoes lay their eggs in or around water (or in areas that will flood at some point), you should do everything possible to eliminate sources of standing water around your barn and property.

Mosquito Concerns Tip #2: Use a Multi-Pronged Approach in Fighting Mosquitoes
Pull out all the stops to fight these annoying insects that can spread several serious equine diseases. Make sure your horse is vaccinated against Eastern Equine Encephalitis (EEE), Western Equine Encephalitis (WEE) and West Nile Virus (WNV). Throughout mosquito season, apply on-horse insect repellent designed to fight mosquitoes. Read the label carefully and follow directions to be sure you’re applying the right amount of repellent at the proper frequency. Mosquitoes can only fly 1 to 1-1/2 miles per hour, so creating air disturbance with fans in stalls and throughout the barn will greatly reduce their ability to land on and bite a horse. Avoid turnout at peak times of mosquito activity, which tend to be dusk and dawn.