A friend recently called, asking if I had bottles for foals. She explained that her mare had rejected her foal, and the said they were going to have to start feeding milk replacer.

I then asked my friend if she was aware how many times an hour a young foal can nurse, and there was a long silence on the phone.

So, I explained that a young foal can nurse up to 17 times an hour, and although this does decrease with age, it would take a village to manage the task. At 1 day of age the foals intake can be up to 10% of its body weight.  This consumption will increase up to 25% from about 10 days of age until weaning, so bottle feeding is not a realistic solution.

With that in mind, giving the foal access to milk at all times is feeding in a more natural manner than a bottle fed meal. This will also allow the foal to drink as little or as much as he/she want, which will result in fewer digestive upsets. 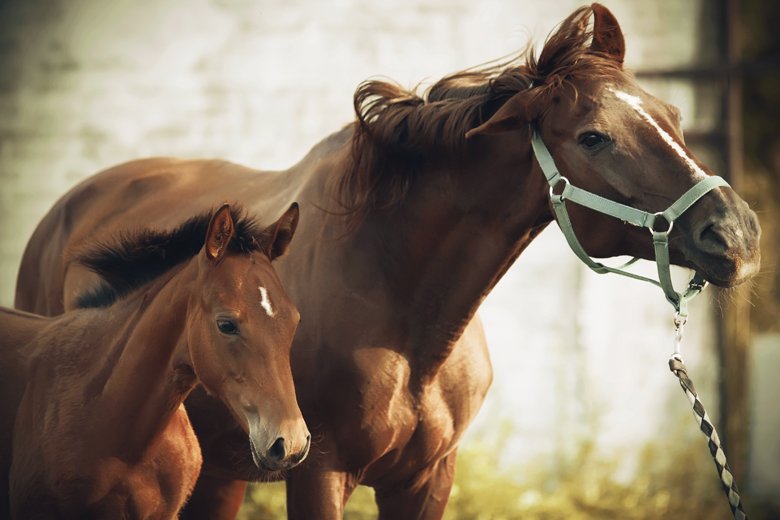 The foal can learn to drink from a shallow bowl or bucket very quickly after birth, so I explained to my friend the steps to follow with her foal:

From birth to about 4 months of age milk replacers are a great option for orphaned ro rejected foals, or foals needing supplementation. Products such as Foals First Milk Replacer powder by Progressive Nutrition can be fed by the bucket and stay fresh for up to 12 hours.

I encourage any farm that is expecting a foal to have at least a 15-pound bucket of milk replacer on hand. It is well worth the investment!