Colin Tizzard has revealed that Lostintranslation will be heading straight into Cheltenham’s Gold Cup event this year, without a prep race.

The general 8/1 ace did not perform as well as it was thought he would at the Ladbrokes King George VI Chase recently and Tizzard will take the cautious route with him as the clock ticks down toward the prestigious festival.

Having entered said chase as a 15/8 second favourite on Boxing Day, the eight-year-old was pulled out due to an untimely breathing problem. His palate has since been cauterised and his trainer is confident he can follow his disappointing outing up with a great run at Cheltenham come March.

Tizzard had originally planned for the Taylor & O’Dwyer-owned star to run in the Betfair Denman Chase on February 8 but will have him head straight to the Gold Cup at Cheltenham so he isn’t rushed back into competing and that there’s no risk ahead of the more meaningful tourney. 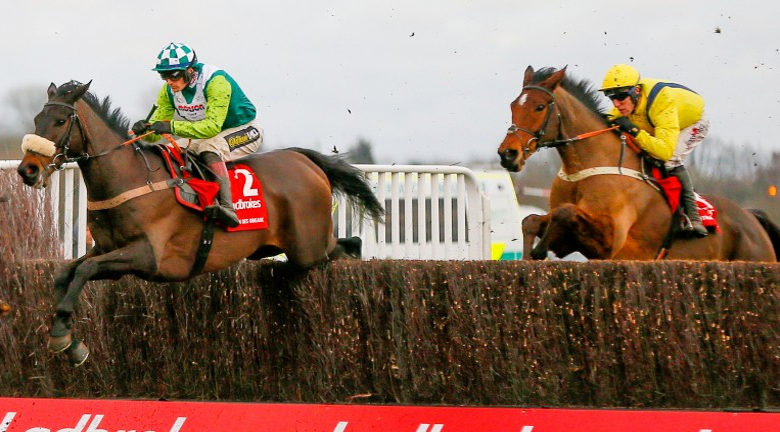 “He’s doing well at the moment,” Tizzard said, per Racing Post. “I don’t think we can rush to run him [for a prep race] so it’ll be better to give him a racecourse gallop somewhere in the middle of February and then on to the Gold Cup. We’re hoping he’ll go to Cheltenham nice and fresh.

“The palate is cauterised now, so we’re positive. He was riding well on Monday and we’ll start cantering on Wednesday with him.”

Lostintranslation’s stablemate Native River will also be participating in the Cup after winning it in 2018. Coral has 12/1 odds going on the 10-year-old but there’s up to 20/1 to be had with Betfair while William Hill and Marathon Bet have 16/1 odds attached to his name. If you are still not sure as to where to place your bet, freebets.co.uk has a Cheltenham Festival full free bets guide available for punters looking to get the best deals out of the upcoming tournament.

The 2018 winner will be going to the Denman Chase next month before heading back to the Gold Cup, where he could secure yet another win.

“Native River’s in lovely form,” Tizzard said. “He’ll go to the Denman Chase next at Newbury then onto the Gold Cup.

“That’s where we went the last time, then it was cancelled last year because of the flu and we decided not to go to Ascot [restaged a week later]. It’ll be ideal if we can get there with him this time.”

Elegant Escape, another Tizzard-trained eight-year-old, will have a crack at the Gold Cup too and is 50/1 with Bet365. The trainer says he won’t be having a prep run either, as there are plans to have him race at the Grand National, which comes less than a month after things culminate at Cheltenham.