Horse owners tend to follow tradition. This is especially obvious when it comes to deworming — but that’s not necessarily a good thing.

Rotating horse dewormer products and treating horses every two months are outdated programs that originated in the 1960s. Yet plenty of horse owners still follow these old routines.

“Many horse owners were taught to do rotational deworming. People are notoriously slow to adopt new information even when that information is 100 percent correct,” observes David Ramey, DVM, whose practice, Ramey Equine, has been based in the Los Angeles, California, area since 1987. Ramey’s equine patients include breeds from warmbloods to mini donkeys, ranging from world champion show horses to backyard companions.

Ramey encourages horse owners to follow strategic deworming guidelines, which focus on using fecal testing and deworming according to those results so that each horse is only treated when necessary.

Which Horse Dewormer Is Right For Your Horse?

You should work with your veterinarian to manage your horse’s deworming schedule, just as you manage his vaccination and dental care.

“A deworming schedule should be individualized to the needs of the horse,” says Ramey. “Deworming is easy, so people think, ‘I’ll just take care of this myself.’ But this doesn’t mean you shouldn’t get expert advice, if only for the reassurance you’re doing the right thing.”

Two horses on the same property, receiving the same care, can have very different loads of parasites. For example, horses can develop some immunity to parasites. A horse’s age also impacts how often you should deworm. This is why you need a strategic deworming program that is individualized for each horse, rather than putting all horses on the same plan.

Over 35 years in veterinary practice, Ramey has adhered to the following philosophy: Don’t give medicine unless the horse needs medicine. This includes horse dewormer drugs. “They are largely safe and effective, but there are side effects and there is also the concern of resistance with antibiotics and dewormers,” he notes. 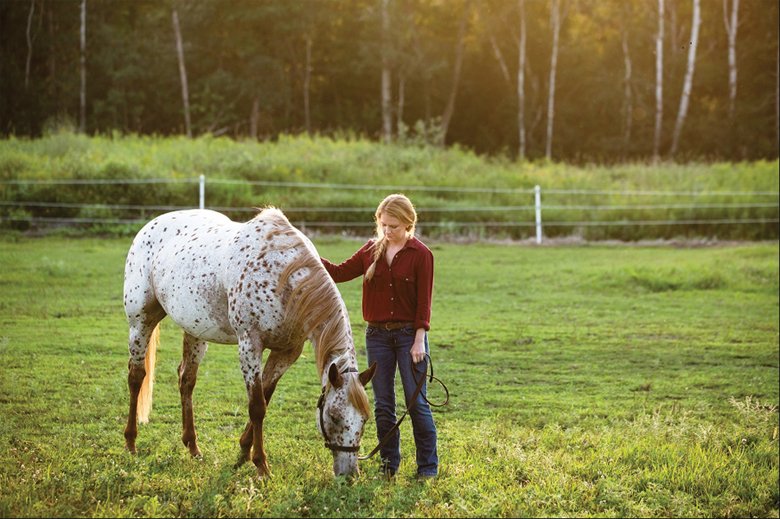 What should you do if ivermectin is not in stock?

In this era of COVID-19 and supply chain issues, horse owners are concerned about possible shortages of ivermectin deworming products.

Fear has been a potent driver during the pandemic, but don’t let it overwhelm your deworming plan.

“It’s not that ivermectin is effective and all the other dewormers aren’t. It all depends on the population of parasites you’re dealing with,” says Ramey.

For example, a horse dewormer with fenbendazole as the active ingredient targets some of the same parasites as an ivermectin dewormer. This could be an option instead of ivermectin, depending on which parasites you are treating. Your veterinarian can strategize with you as far as ivermectin alternatives if your preferred horse dewormer is suddenly in short supply — or not currently available.

Although there are numerous brands of horse dewormer products on the market, they fall into just three basic chemical classes. Once you know the parasite(s) that you need to target, you need to read the product label to make sure the active ingredient is effective against those parasites.

Praziquantel is an additional minor-class drug that targets tapeworms. In the U.S. you will only find praziquantel in horse dewormer products featuring macrocyclic lactones1.