When studying equine anatomy, it’s often useful to draw comparisons to human anatomy. It’s easier to understand hoof dynamics when we compare the hoof’s structure and composition to the nails on our own fingers and toes.

Comparing only gives us a partial picture, however. When we compare, we risk overgeneralizing and oversimplifying if we don’t complete the picture through contrast. With that in mind, the contrastive elements between human nails and horses’ hooves are dramatic.

While they’re similar in form, function, and structure, human nails ride on the upper surface of the finger or toe, whereas the equine hoof encapsulates the foot. In effect, when we talk about the hoof, we’re usually talking about the foot. And, in that respect, it’s not simply a nail. Instead, it’s a nail that surrounds, protects, and supports bones, tendons, ligaments, cartilage, nerves, and an intricate vascular network.

These vascular pathways, comprised of arteries, veins, and capillaries, network through both bone and soft tissue, and ultimately function as a key element in maintaining foot health. The strength of the equine foot, as with our own lower extremities, depends upon nourishment that begins with good circulation and vascularity. Owners and care providers can promote good circulation by attending to and focusing upon three major influencing factors: activity, hoof balance, and nutrition.

The first step in promoting good circulation is to promote activity. Horses simply aren’t designed for a sedentary lifestyle; in fact, they’re designed and programmed to be on the move. Left in a natural, open habitat, horses will graze and move approximately 20 hours a day. In many modern horse-keeping environments, however, turnout is often limited, and activity of this sort is generally not available, leaving us with a need to add activity through exercise programs. 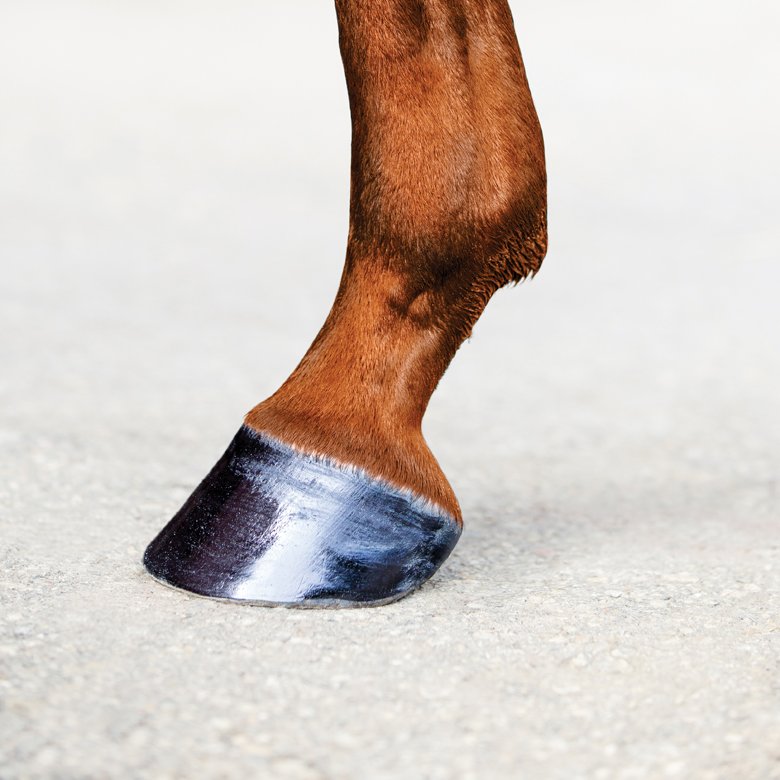 Even with extended turnout, horses might not receive the stimulation they need to promote good circulation, as the size of the turnout area plays a significant role. While turnout in a small, confined space may be sufficient to provide a young, energetic horse with room to run and play, it won’t encourage a geriatric horse to constantly meander and stimulate circulation.

Likewise, turnout that provides a consistent footing may not stimulate vascularity in a complete manner. Hard-surfaced, concrete-like terrain doesn’t engage the frog and sole of the foot, which encourages load sharing. While the outer hoof wall provides primary support, the entire solar surface of the capsule needs to be sufficiently engaged to promote good circulation. The old belief that the frog functions to “pump” blood has long been proven wrong, but the fact remains that the frog and the entire solar surface of the foot need to be stimulated to encourage good vascularity.

The second step in promoting good circulation is to maintain a balanced foot. In the artificial environments we provide, horses simply can’t maintain their hoof wall as they would in their natural environment. Subsequently, we must work to optimize the hoof, not only through trimming, but also through encouraging new growth and promoting balance. In effect, modern horse keeping requires regular maintenance from a professional hoof care provider who works to simulate natural wear patterns through maintaining proper length and balance. By attending to both anterior/posterior (front/back) balance and medial/ lateral (inside/outside) balance, the farrier promotes good circulation by establishing optimal break over points, good heel-first landings, and utilization of the entire foot. 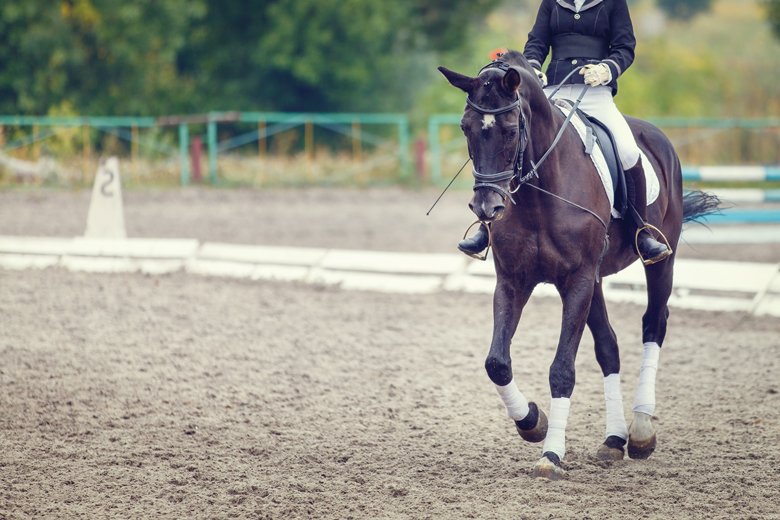 The third and final component in promoting vascularity is good nutrition. A good nutritional program is essential, especially for older horses and for those with a history of hoof-related problems. While a biotin-based supplement provides a solid nutritional foundation for healthy hoof growth, horses with a history of hoof issues—especially heel discomfort, slow or retarded growth, and uneven growth—will often benefit as well from a supplement designed to support healthy circulation.

A lifelong horseman and practicing farrier since 1972, Danvers Child is a Certified Journeyman Farrier who specializes in shoeing sport and performance horses. He is an Approved Examiner for the American Farriers Association, serves as an Official Farrier at the Land Rover Kentucky (formerly Rolex Kentucky) Three-Day Event, and in 2018 was inducted into the International Horseshoeing Hall of Fame.