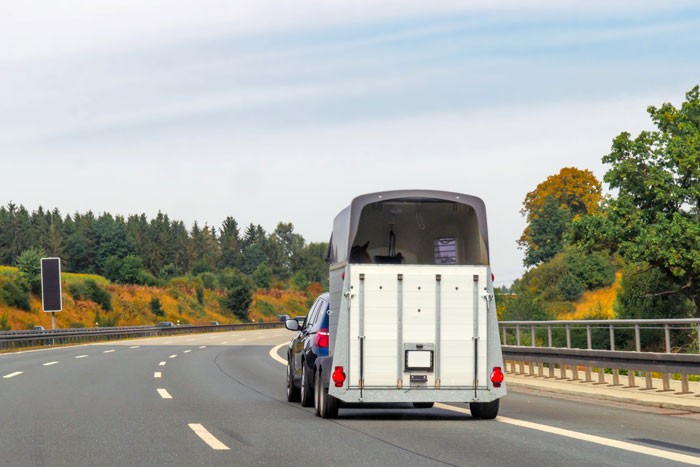 My father grew up on a farm with cattle and horses, he could back a truck and loaded trailer well before he had a driver’s license. My mother was a registered nurse who took a few years off in her career to drive a semi. Driving a truck and horse trailer is a skill I started learning while I was fifteen and still had my learner’s permit. By the time I graduated high school, I didn’t think anything of loading a couple horses up and going to a friends to ride with them. By the time I graduated from college, I was used to driving my horses several hours at a time on both highways and back roads near home. I had even driven straight from Virginia to Kentucky with one of my mares in tow. And by the time I started working for Nutrena, I was a pretty confident driver, in my car or in a truck and trailer.

Then I had that confidence shaken.  Recently I hooked up my trailer to my truck (we call her Roxanne), and loaded up two of our geldings, Ty and Jack, for a clinic. I didn’t think anything of the three hour, all highway drive. There was light traffic, it was actually a very pleasant drive listening to my favorite CD and keeping an eye on my trailer. About an hour down the road traffic got a little heavier, so I was making sure to keep plenty of space between me and the car in front of me. I was being extra alert, thanks to a hands on defensive driving class I had taken through work. And of course, keeping the cardinal rules of hauling in mind: DO NOT slam your brakes and NEVER swerve.

I was in the passing lane as a car passed me on the right aggressively, so I slowed to give them more space. Suddenly, I saw brake lights and heard tires screeching, all the cars in front of me had their brakes locked up. I broke the Rule. I locked up the brakes on Roxanne and my trailer, I heard them both squealing and knew I wasn’t going to be able to get stopped in time. I knew I had an empty space to my right. I broke the second Rule. I swerved. Hard. I missed the cars in front of me by a hair, while I felt the horses scramble, the trailer shake, and felt cold fear and dread in the pit of my stomach. 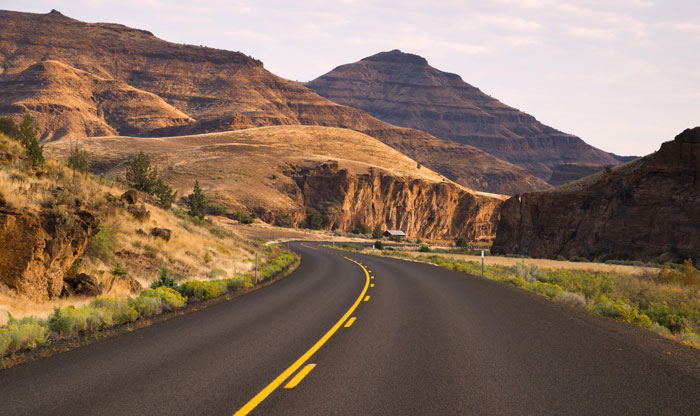 There was plenty of space in the right lane, and whatever caused the slowdown was gone—traffic was back to normal speed. The shoulder was narrow, and an exit was only a mile up the road from me so I kept driving slowly with my flashers on. This was the longest moment of my life. Were the horses ok? What would I do if one of them had a broken leg? What about a heavily bleeding wound? I had very basic first aid supplies, but nothing like I feared I might need. I finally got to the exit and pulled in a truck stop. I ran back to the trailer, trying to keep from crying in fear until I knew…

One of the worst moments of fear and dread in my life was followed by the greatest sense of relief. Ty had fallen down, but only had a small scrape on his hock and on his cannon bone. Jack didn’t have a single mark. They were both wide eyed and shaking—not as bad as I was, though. I fed them treats until I stopped shaking and was comfortable to drive again. The rest of our drive was uneventful, and would have been pleasant, save the sick feeling lingering in my stomach.

I thought a 7 second following distance was enough. I was wrong. I will do everything in my power to keep a minimum of a 10 second following distance from now on, longer if possible. Always have a way out in mind, and use “what if” thinking (what if a car slams its brakes in front of me? Where do I go?)—it could save you lives and vet bills. You can bet I will be beefing up my equine first aid kitfor my trailer! And a big take away for me: Not everyone will notice or care that you take longer to stop and have living creatures as your load, so plan accordingly.

I am thankful that my employer values my safety enough to have put me through driving training that at very least saved me from having to replace my truck, and at most, saved the lives of myself, my horses, and the drivers around me.