When a mare exhibits unexpected or undesirable behavior that cannot be explained by illness or injury, the owner might suspect it is related to the mare’s estrus cycle. He or she might notice the mare is more difficult to train or ride periodically, she might act aggressively towards other horses, wring her tail, urinate frequently, or exhibit pain or sensitivity in her flanks. Owners often ask veterinarians for options to keep mares from coming into heat, expecting that this will abbreviate the undesirable behavior.

Before employing an estrus (heat) suppression program, the veterinarian should first establish that the observed undesirable behavior is actually related to the mare’s cycle. In most mares, once the veterinarian investigates the behavior closely, he or she determines that it is not associated with estrus or the estrous cycle at all. The owner should begin keeping a detailed journal of the mare’s behavior to help with this assessment. A mare’s estrous cycle is approximately 21 to 22 days long, with the mare exhibiting signs of heat for five to seven days of that cycle. Close observation and documentation can reveal if the behavior is related to the mare’s cycle. 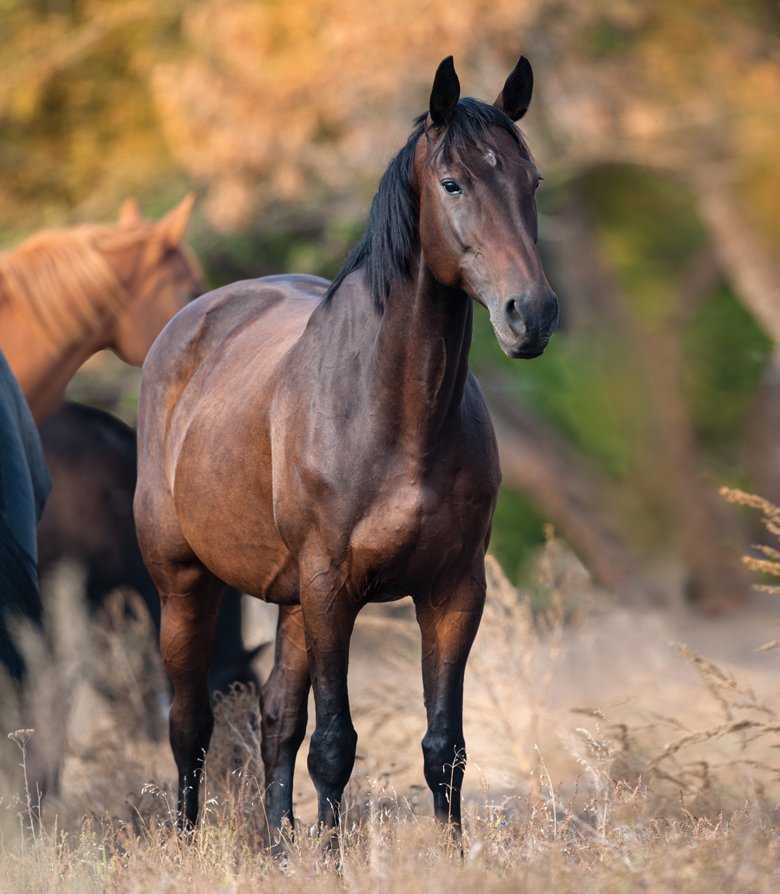 Once the veterinarian determines that the mare’s behavior is linked to her estrous cycle, the appropriate treatment option for estrus suppression can be chosen. The most common treatment for estrus suppression is the administration of some form of progesterone. Oral altrenogest (Regu-Mate), a synthetic progestin, will reliably keep mares in diestrus and prevent them from coming into heat. There are also injectable forms of progesterone that will suppress estrus in mares. Unfortunately Regu-Mate requires daily administration, and some mares develop muscle soreness after progesterone injections. Other forms of progesterone, such as Depo-Provera (medroxyprogesterone acetate) and implants containing progesterone for cattle, have been widely used; however, extensive research has shown that neither of these products reliably or successfully suspend cycling.

Another method of estrus suppression that has been successful in 40 to 75 percent of mares is the implantation of a marble in the uterus at the time of ovulation. The placement of the marble causes a mare to remain out of heat for up to 90 days. After 90 days the mare will come back into heat, and some mares will have another period of prolonged diestrus when they ovulate. The disadvantage to this method of estrus suppression is that it does not work in all mares. However, if it does work, it is inexpensive and does not require daily administration of a drug or injections.

A newer suppression method is administering oxytocin injections twice a day on days seven to 14 after ovulation. In a small study 100 percent of mares treated this way didn’t return to heat, remaining in diestrus for more than 30 days. This method requires injections, but they are typically well-tolerated due to the small drug volume. Once the owner detects estrus, the veterinarian examines the mare to determine when ovulation occurs and identify the days of treatment.

Some mares exhibit irritability due to aspiration of air into their vaginas rather than due to estrus. It has been shown that pneumovagina can cause pain and discomfort, and mares exhibit signs of vaginal irritation, such as frequent urination, tail switching, and general irritability. A Caslick’s procedure, involving surgical closure of the upper part of the vulva, can alleviate signs and behavior in these mares.

It is most important for an owner to thoroughly investigate the cause of the mare’s behavior; and only after ruling out medical causes should he or she assume that the behavior is solely related to the mare’s estrous cycle. Careful documentation of the mare’s behavior and a veterinary examination are necessary to determine the best treatment for each mare.