Horse power revs up The Power Of Hope theme.

The 30th Annual EquestFest drew another sold out crowd to see the horses and riders set to ride in the New Year’s Day Tournament of Roses Parade. Held at the Los Angeles Equestrian Center and presented by Wells Fargo, EquestFest featured an exhibition of equestrian parade groups, highlighting their backgrounds and missions, plus time to interact with the horses and their people afterwards.

This year’s theme was The Power Of Hope and there was plenty of that on display Sunday, Dec. 29. Horse and human paraders came from near and far to share their stories and celebrate the equestrian lifestyle, many taking several days out of their normal life to be part of EquestFest and the Rose Parade. As always, it was a super fun day that made watching the parade even more fun and interesting for us horse-crazy fans. 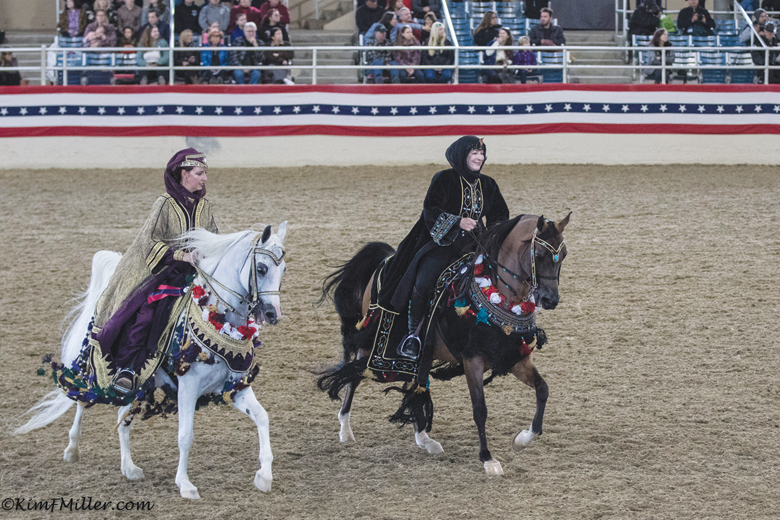 The Arabian Horse Association demonstrated the breed’s famous versatility, with horses and riders outfitted for hunt seat, western, costume and mounted patrol work. The demo also showcased their suitability as “Warrior Horses,” an organization that uses Arabians to help kids cope with cancer, as it did for its founder Ryan Melendez. (www.warriorhorses.org)

The Blue Shadows Drill Team wowed the crowd with fast-paced, intricate maneuvers. Based at the Hansen Dam Horse Park, this group emphasizes responsibility and leadership and enables all to be involved with horses because riders don’t need to own their own horse.

The Express Clydesdales from Oklahoma 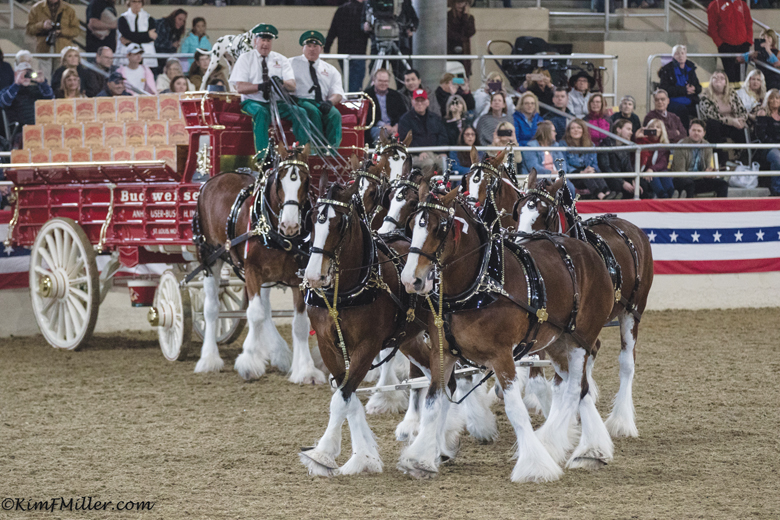 Victoria Nodiff-Netanel’s Mini Therapy Horse program in Calabasas is well-known for bringing “The Power Of Hope” to those most in need of it. 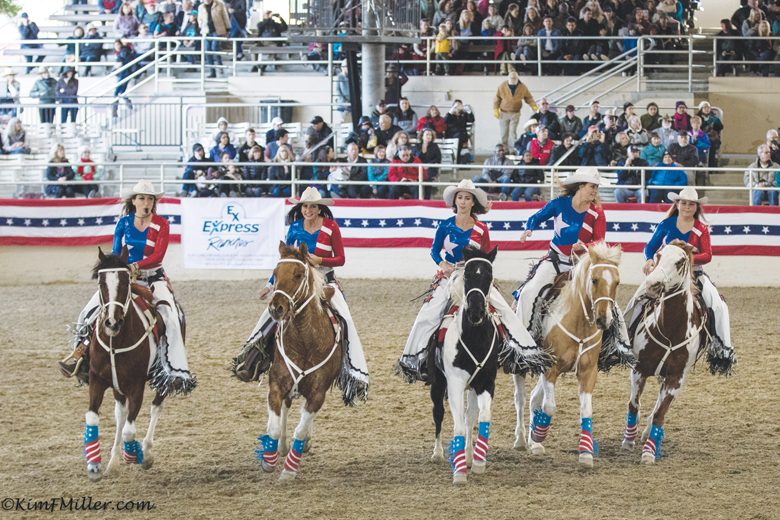 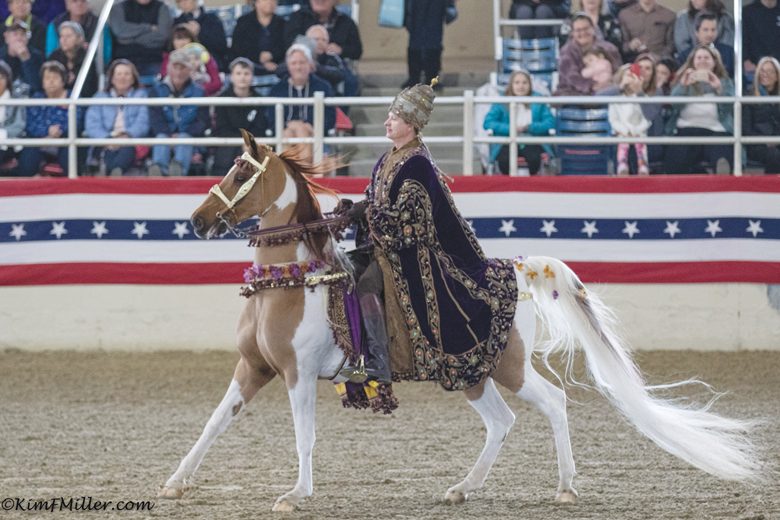 The Scripps Miramar Ranch Saddlebreds are always a spectacular sight and it was exciting to learn that the Ranch’s guiding light, Michele Macfarlane, is nominated for yet another award: this time the United States Equestrian Federation’s Lifetime Achievement Award. Longtime Saddlebred advocate and TV star Carson Kressley served as a fun special guest throughout the EquestFest exhibition, especially as part of the Scripps Miramar demonstration. He, too, is nominated for a major USEF Award: The Pegasus Medal of Honor. The USEF awards were to be revealed and presented in mid-January during the annual meeting. 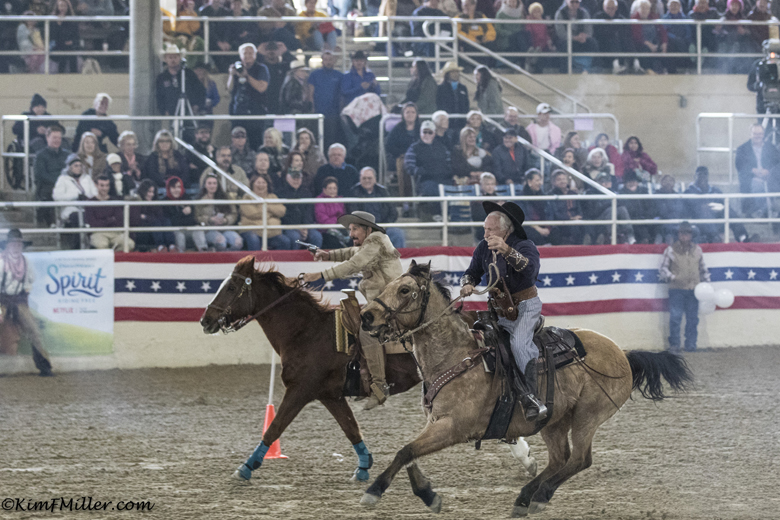