Scheduling is almost synonymous with horse care. We have daily feeding schedules, annual vaccination schedules, and regular farrier schedules. But there is one area of horse care scheduling that has experienced changes in recent years—deworming. So you may find yourself asking: Do I need a deworming schedule for my horse? The answer is yes, but perhaps not in the way you’re thinking.

Deworming By The Calendar: Many horse owners opt to treat equine internal parasites by using various classes of deworming medications administered on a rotational basis. All of the horses in the barn are treated regularly (and fairly frequently) on the same schedule, which is aimed at eliminating the parasites and minimizing their impact.

Targeted Prevention: A more modern solution is to opt for a targeted deworming program; one tailored specifically for each horse on the property. With this plan, horses are dewormed only when they need it. Some horses will need deworming more frequently than others. When a horse is dewormed, it’s done so in a way that specifically targets the parasites that are affecting that individual.

Let’s take a closer look at the factors involved with this option.

Not All Horses Have The Same Parasite Level

Dr. Craig R. Reinemeyer, DVM, PhD, Dipl. ACVM (Parasitology) and president of East Tennessee Clinical Research, sees some downsides to deworming by the calendar. “Traditional, calendar-based control programs are fatally flawed because they erroneously assume that the parasitic status of all horses in a herd is the same,” explains Dr. Reinemeyer. In fact, different horses have different levels of parasites, which can be detected by the number of parasite eggs present in a fecal sample: 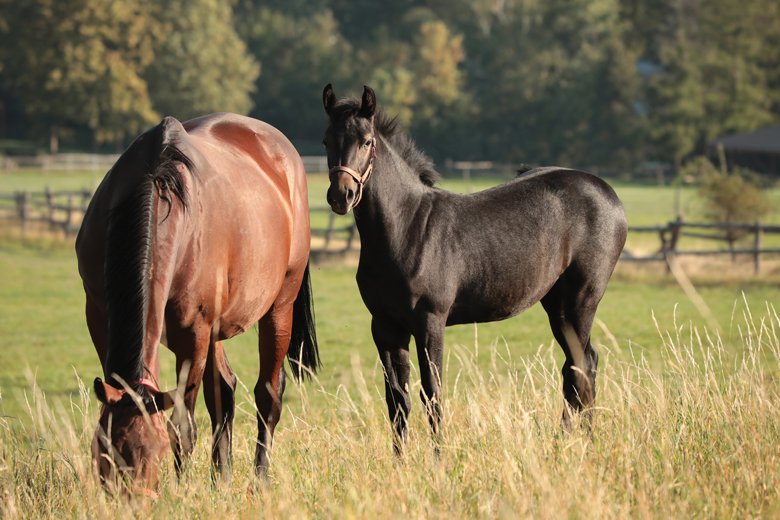 Low Egg Numbers: Reinemeyer notes that about half of the horses in a herd will likely be “low contaminators (sometimes called “low shedders”),” which require little if any parasite control.

Average Egg Numbers: Roughly 30% of the horses in a herd are called “moderate contaminators” or “moderate shedders” and will fall between the other two groups in their egg-shedding patterns.

High Egg Numbers: “Of the remainder, about 20% of the horses (‘high contaminators’) consistently have very high egg counts,” notes Dr. Reinemeyer, “and this subgroup may even shed more total eggs than the rest of the herd combined.”

It’s logical that high shedders will need more deworming treatments than low shedders. “The main management efforts should be focused on the high contaminators in a herd,” says Dr. Reinemeyer. “But, a scheduled deworming program ignores all this and dictates that all horses be treated at the same, uniform intervals.”

The Problem Of Resistance In A Calendar Schedule

Some Parasites Will Endure: The deworming products will likely eliminate most, but not all of the parasite population. “Anthelmintic resistance is a genetic characteristic of a target parasite that makes it insusceptible to the activity of a dewormer that was previously effective in the same worm population,” says Dr. Reinemeyer. “Because it’s a genetic trait, resistance is passed on to the offspring of a resistant worm.”

These Resistant Parasites Propagate: “Resistant worms in the population are not killed by that recent treatment, so they get a chance to reproduce in the absence of their usual competition,” says Dr. Reinemeyer. “As a consequence, the frequency of its resistant genetic characteristics increases within the population as a whole.”

The Cycle Starts Again, Only Worse: Over time, it can become an increasing challenge to control the resident population of parasites on the farm. “The more often one deworms,” says Dr. Reinemeyer, “the greater the advantage for the resistant worms until they reach a population frequency that results in failures that can be detected in the lab, and maybe eventually on the farm.” He explains that in a very rigorous, interval-based program, “it’s feasible that the only worms allowed to reproduce would be resistant, thus accelerating their dominance within the worm genetics of that farm.”

It’s More Expensive Than It Needs To Be: “It should be obvious that this practice is economically wasteful,” explains Dr. Reinemeyer, noting that the entire herd gets dewormed multiple times a year even though about half of the horses won’t get much, if any, benefit at all from that expenditure. “But of potentially greater impact than dollar loss is the tendency for rote control programs to select for anthelmintic resistance in the target worm populations,” he adds. 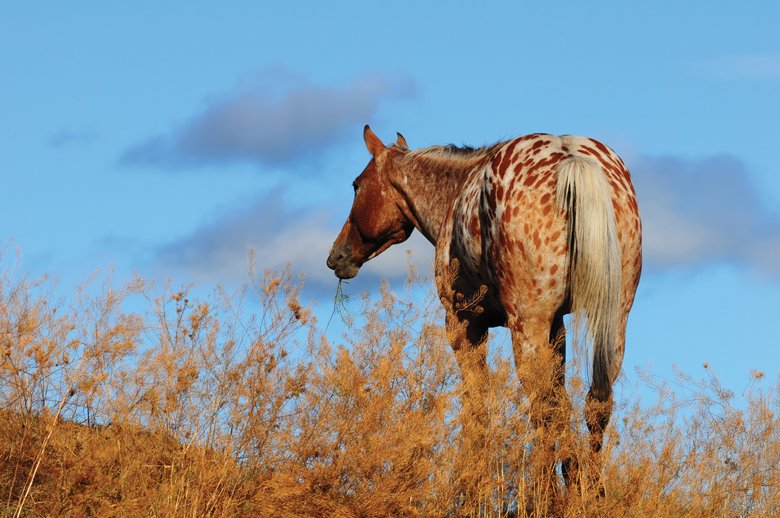 So in light of parasite resistance in a calendar rotational schedule, what can be done to properly deworm our horses while at the same time avoiding the trouble? A targeted deworming plan.

“In a targeted deworming strategy, the high contaminators within a herd would be identified, and they would receive the majority of anthelmintic treatments at intervals designed to minimize egg contamination in light of local climatic and management factors,” explains Dr. Reinemeyer. “The rest (majority) of the herd would receive fewer, if any, treatments.” Your equine veterinarian can help you perform a series of tests to make these choices:

Step 1, FEC Testing: First, each horse on the property recieves a fecal egg count test (FEC). As mentioned, this is to identify if a horse is a low, moderate, or high shedder. “Typically, shedding classification can be determined by a fecal egg count performed about 3 to 4 months after the most recent deworming, and should not be performed during winter, when egg counts tend to decrease due to the natural cycle of aging among adult worms,” notes Dr. Reinemeyer.

Step 2, FECR Testing: A few months later, the horse is dewormed with a particular product, and the test is repeated as a fecal egg count reduction (FECR) test. This time, your veterinarian uses the results to compare against the first test and see how successful the medication was. “One can only do a FECR for a single dewormer at a time; testing the susceptibility of all 3 chemical classes would require 3 separate FECRs,” Dr. Reinemeyer says.

Step 3, Success: If the dewormer is still effective and there is no resistance, your vet should see a decrease of 90% or more of the parasite eggs. “And probably >98% if you are testing ivermectin or moxidectin,” says Dr. Reinemeyer. “FECR’s of <80% very likely indicate resistance, and values between 80 to 90% are equivocal and should be repeated at some point in the future.”

Step 4, ERP Testing: Finally, the series of tests can provide another number known as the egg reappearance period (ERP). “The ERP indicates the length of time after an effective deworming before the horse starts to significantly contaminate its environment with worm eggs again,” says Dr. Reinemeyer.

If an individual horse does show parasite resistance to a particular chemical class, you won’t need to re-test again. “Anthelmintic resistance is permanent and will never revert spontaneously to susceptible status,” Dr. Reinemeyer notes. “If the dewormer is still effective, you may continue to use it, preferably in a selective strategy, but it would be wise to repeat another FECR with that class of compound about every 2 years.”

Armed with the information you’ve gained about your herd, each horse can now be placed on a schedule that is unique to them. “Once an individual horse’s contamination status has been determined (high / moderate / low shedders), they could be plugged into different programs for each category,” says Dr. Reinemeyer. “The programs are incremental, so what is recommended for low shedders applies to the other two categories, and high shedders would get the same as moderates, plus a little extra.”

Low Shedders: “Low shedders (and all others that are higher on the contamination ladder) could benefit from two dewormings annually, about 6 months apart,” Reinemeyer says, noting that spring and fall are the most strategic times, when migrating large strongyles and possibly tapeworms can be targeted. For large strongyle larvae, doses of ivermectin, moxidectin, and 5-day regimens of fenbendazole, are recommended. “These biannual treatments should eradicate large strongyles on a horse farm,” Dr. Reinemeyer explains.

Moderate Shedders: “Moderate shedders could probably use one additional treatment about midway through the grazing season (summer in the north, winter in the south),” he adds. 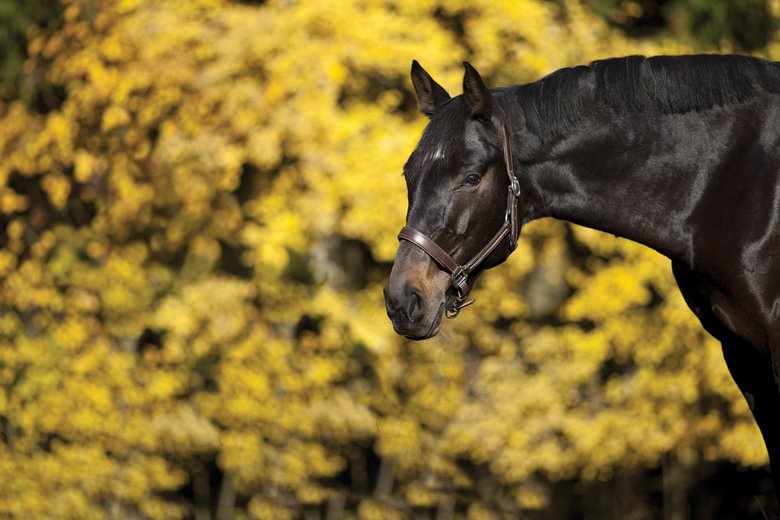 High Shedders: “High shedders are the main targets,” notes Dr. Reinemeyer, “and [you] might administer one additional treatment during the grazing season for this group. “However, he cautions that regardless of climate, every horse should have one season without a deworming treatment. “We suggest winter for northern horses and summer for those in the southern U.S.” Also, knowledge of how quickly eggs begin to reappear after a treatment can be helpful with the horse’s ERP. “For a high contaminator horse, knowledge of the ERP would help to determine minimum intervals between subsequent treatments,” says Dr. Reinemeyer.

Climate Counts, Too: Your region also plays a role in the schedule, explains Dr. Reinemeyer. “Climate doesn’t impact the types of parasites as much as it does the timing of infections with the most common worms in various climates,” he says, noting that some of the parasites’ life cycles take place outside the horse, but that infective stages can survive even in sub-freezing temperatures. “Pastured horses can pick up new parasites 365 days of the year, but the overall risk of infection is usually lowest during the hottest days of summer, especially in the southern U.S. Due to these differences in seasonal transmission, parasite control practices must be customized for the geoclimatic conditions of each individual farm,” he says.

Work With Your Veterinarian

So in the end, the answer to Do I need a deworming schedule for my horse? is…yes. But ideally it should be a tailored, individualized schedule, based on the particular needs of each horse. Obviously, your equine veterinarian will be an essential partner in this process, so be sure to get specific advice for your own horses and situation. Your veterinarian will recommend the chemical class you should use, too. And you can feel good knowing that these steps should go a long way towards ensuring the ongoing health of your entire herd.