Cleaning your male horse’s sheath doesn’t fall into the “favorite tasks” category for most horse owners. It can be stinky, messy, and you’re probably not sure you’re doing it right.

Although it doesn’t need to be done frequently, sheath cleaning is an important part of horse care if you own a gelding or stallion.

Before you roll up your sleeves (literally!) and tackle this task, it helps to understand the basics of male horse anatomy.

Although a gelding does not have testicles, every male horse–whether stallion or gelding–has a penis and sheath. When retracted, the penis is protected by a loose double fold of skin called the prepuce. The external part of the prepuce is known as the sheath.

Unless the horse “lets down” to urinate or when sexually excited, muscles keep the penis retracted up inside this protective sheath. Most of the time the sheath is the only visible part of male anatomy.

Natural lubrication is needed for the penis to extend or retract normally. This lubrication is provided by sebaceous glands within the sheath, which produce sebum. When this sebum combines with exfoliated skin cells, oil, dirt, natural bacteria, and moisture, it forms a thick, waxy substance known as smegma that can be gray, black, or cream-colored.

“Smegma is a normal protective substance for the skin of the penis and the sheath,” says Armon Blair, DVM, a veterinarian with Ocala Equine Hospital in Ocala, Florida.

Some horses accumulate much more smegma than others, for unknown reasons. 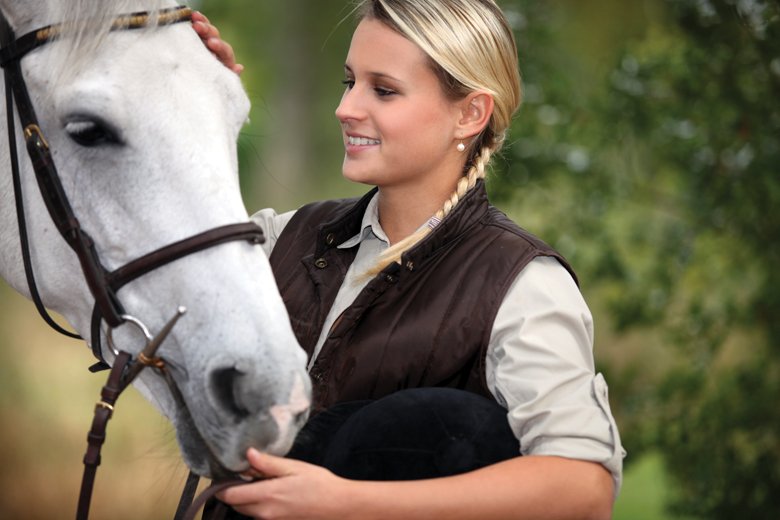 What Is A ‘Bean

You’ve probably heard the word “bean” associated with sheath cleaning, but what is that exactly?

A “bean” is the term used to describe the firm accumulation of smegma that may form at the end of the penis near the urethral opening in a depression known as the urethral fossa.

Although it can have different shapes, this smegma formation often has an oval shape–hence the description “bean.” It can be as small as a pencil eraser or about the size of a lima bean, and in some cases as large as a walnut.

“Some horses will never form a bean, while others will,” observes Blair. “Sometimes it causes sheath swelling and apparently painful urination. I’ve seen that ‘fixed’ just by removing the bean.”

Blair explains that some horses can form a bean that feels almost as hard as a rock. If you clean your horse’s sheath and find that he has a very hard bean, remove it, and make a point of checking him more frequently to avoid such smegma accumulation in the future.

How Often Is Sheath Cleaning Necessary?

As Blair explains, the mere presence of smegma does not mean the sheath needs to be cleaned, but rather when there’s an excess accumulation of smegma.

“The average horse doesn’t need his sheath cleaned very often,” says Blair, noting that once or possibly twice a year is usually sufficient.

For those horses who accumulate great amounts of smegma, more frequent cleaning may be necessary. Signs your horse may have excess smegma and need his sheath cleaned include:

Some people think a horse stretching out more than normal when urinating is a sign the horse has a dirty sheath or a “bean.” But Blair says such stretching out is more often a sign of abdominal pain.

If you have a horse who relaxes so much during grooming that he drops his penis, it may be easy to do sheath cleaning then. If not, you will likely need to have him sedated to accomplish your mission. The other option is to have your veterinarian do the job when he/she is doing something else with your horse that requires sedation, such as the annual dental exam.

For example, on a recent farm call to inject a horse’s joint, Blair offered to clean the gelding’s sheath since he was already sedated. That cleaning revealed a rather large bean, which Blair removed.

Even if you opt to have your veterinarian clean the sheath the first time, watch closely so you can learn how to do it yourself going forward. 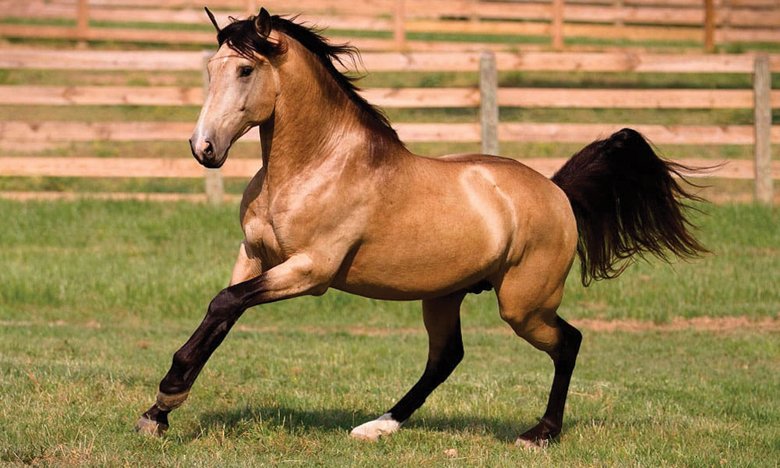 One thing to keep in mind is that the horse’s sheath is normally populated with good bacteria. You don’t want to totally destroy this healthy balance by overly rigorous or too-frequent sheath cleaning or using too harsh a cleaner.

“You don’t want to ‘sterilize’ the skin, as this can open him up to secondary infection. You just want to eliminate excess smegma,” says Blair.

The goal is to make the process as efficient and drama-free as possible. With that in mind, avoid the following during sheath cleaning:

Tie the horse or have someone hold him so he doesn’t move around.

Some horses don’t seem to mind sheath cleaning, while others take issue with the whole process. Sedation can simplify the task and help keep you safe.

Keep in mind, however, that some horses can still kick when sedated, so stand well in front of the hind legs when cleaning and pay close attention to his ears and attitude.

*You can also use mineral oil or a mild dish soap like Ivory if no commercial sheath cleaner is available.

Wearing gloves is non-negotiable. The smell of smegma isn’t something that easily rinses away, plus the sheath area also contains bacteria, so keep your hands and arms clean by wearing gloves. You might want to ask your vet for a few long obstetric exam gloves.

Roll up your sleeves if you’re not wearing short sleeves. Put on your gloves. Squeeze a small amount of commercial sheath cleaner (or mineral oil or mild dish soap) into one gloved hand and pick up a cotton square or paper towel dampened with warm water. When the horse’s penis drops down (either by sedation or relaxation), gently hold the end of the penis in one hand and run the other hand along the shaft of the penis to loosen smegma and any flaky debris.

“Even when a horse is sedated, once you take hold of his penis, it’s a ‘limited time offer,’ so clean the penis first and check for a bean, then finish up with the sheath,” advises Blair.

Another important part of sheath cleaning is examining the penis and sheath for any abnormalities. It’s not unusual for male horses to develop cancer in this area, including sarcoids, melanomas, and squamous cell carcinoma. “Summer sores” (habronemiasis) can also affect the penis and sheath. If your vet is doing the sheath cleaning, he/she will definitely notice any of these issues if present. For horse owners who do their own sheath cleaning, just be sure to tell your vet right away if you find any suspicious spots, sores, or lumps.

It’s normal to have flaky, peeling pieces of skin on the penis, which are just shedding skin cells, so don’t be alarmed if you see this.

After cleaning the shaft of the penis, check the depression at the end for the presence of a bean. If you find one, gently use the tip of your gloved finger to dislodge it.

Continue cleaning up inside the sheath, by adding small amounts of cleaner to your gloved hand and using fresh damp papers towels or cotton. You can finish this part of the cleaning process even if the horse retracts his penis, which many will do, even if they are sedated.

Discard used gloves and cotton/paper towels in the trash.

Yes, it’s possible to accomplish sheath cleaning if your horse doesn’t “let down,” but it’s much more challenging because you’ll have to put your gloved hand and arm up into the sheath and work by feel. You also don’t have the benefit of visual observation, which is a key part of the process to check for anything abnormal and to more easily remove a bean, if present. 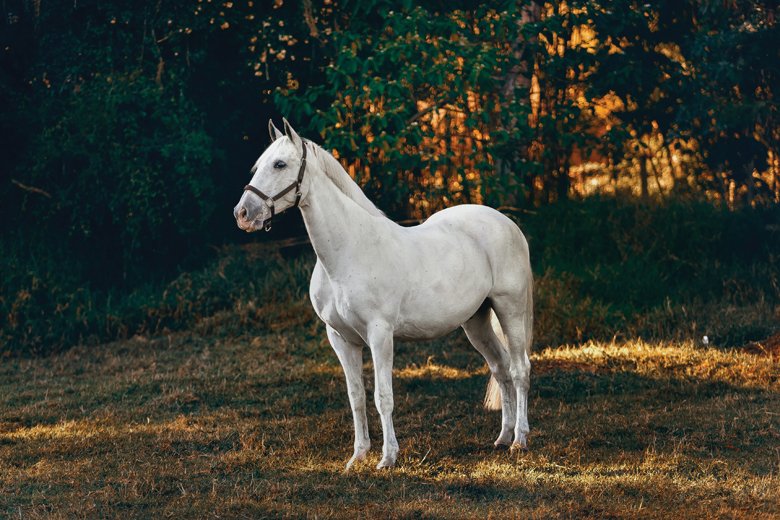 Smegma isn’t an issue with mares, but mare owners do need to pay attention to the udder and surrounding area when grooming or bathing.

It’s not unusual for horses with pink tissue on their penis or sheath to develop squamous cell carcinoma. Don’t ignore any lump or sore you find when cleaning your horse’s sheath or if you notice something out of the ordinary when he’s urinating. Have your veterinarian out to examine the horse and determine if it’s an issue that needs attention.

Just like any other part of your horse’s body, it’s important to know the normal appearance of your horse’s sheath and penis. This way, you’ll know if something changes. When you see him urinating, take note if something appears different than usual–for example, a noticeable change in the stream of urine or how he stands to urinate. Let your veterinarian know about such changes, or if you see swelling of the sheath, dribbling of urine or the penis remaining extended.