The American Rodeo finals made dreams come true yet again this evening at AT&T Stadium in Arlington, Texas. The 2020 champions are walking away with pride and impressive payouts after another fierce competition.

“We have had seven years and seven amazing rodeos,” said Randy Bernard, CEO of RFD-TV’s The American Rodeo. “I truly believe The American Rodeo has been a game-changer for professional rodeo and cowboys. We have changed many lives since 2014 and the event just keeps getting better.“ 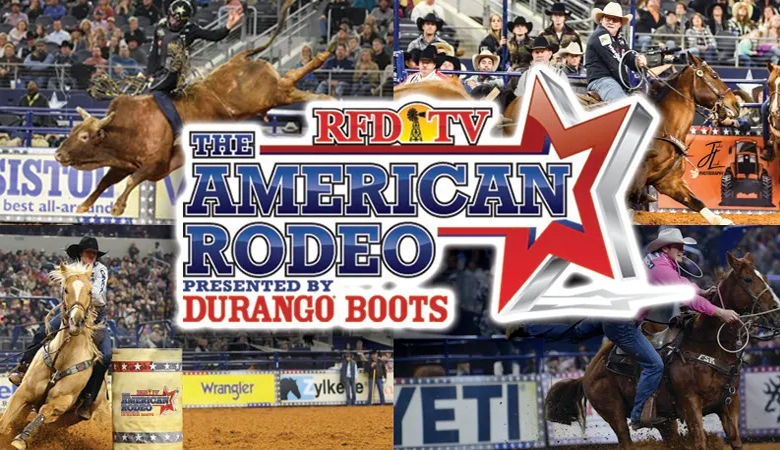 Wilburton, Okla.’s Kaycee Hollingback roped countless calves to earn her $100,000 payout. For the second year, the Breakaway Roping was one of the event highlights as the ladies continue to excel in the sport.

Twelve-time WNFR qualifier Luke Brown backed in the box with AQHA world champion Joseph Harrison for the team’s first time together in AT&T Stadium. The two walked away with $100,000 after roping in a short 4.3 seconds.

Texas’ own Wyatt Casper, 2016 college champion and current PRCA world-standing leader, was the first to earn a share of the million dollar payout, riding his 36th straight horse of the 2020 season in the Saddle Bronc.

There was a man on a mission in the Tie Down Roping, who continued to dominate and went on to win his share of the $1 million. 2018 national high school finals champion and New Mexico’s own Shad Mayfield walked away with $600,000 after tying his final calf in 7.75 seconds.

Multiple-time NRF qualifier Stevi Hillman made it to The American Rodeo short go for the first time in Barrel Racing. She rode her go-to horse TRUCK with a time of 15.405.

“I have produced over 3,500 sporting events in my career, from the PBR to the Indy 500,” said Bernard. “I have been to the Super Bowl and to the Final Four, and yet I have never seen an event that consistently gets more exciting every year like The American.”

For a complete list of the results from the finals, visit https://www.americanrodeo.com/.

About RFD-TV’s The American Rodeo
Taking place at Dallas Cowboys’ AT&T Stadium on March 7-8, 2020, RFD-TV’s The American, hosts the richest weekend in Western sports. With $2.4 million on the line, the best athletes in the world will gather in Arlington, Texas to battle for the biggest single paycheck of their lives. The American invites the top athletes from the 2019 PRCA, WPRA and PBR world standings and puts them against everyday cowboys and cowgirls who advance from the American Semi-Finals. If a nationally ranked athlete wins, the prize is $100,000, but if a qualifier from the Semi-Finals – or an athlete who earned an exemption – wins THE AMERICAN, that contestant shares in a $1 million bonus pool. For more information, please visit: www.americanrodeo.com and www.RFDTV.com. Follow us on Twitter: @RFDTVAMERICAN and find us on Facebook: www.facebook.com/RFDTVTheAMERICAN. To buy tickets, go to AmericanRodeo.com