Soon after a foal is born, it gets its first meal of colostrum, an antibody-rich fluid secreted by the mare’s mammary glands. It’s important for the foal to receive this colostrum within the first 24 hours of birth. After this period, large protein molecules such as antibodies can no longer be absorbed by the foal’s small intestine. This section of the digestive tract develops and changes rapidly in the first two weeks after birth. 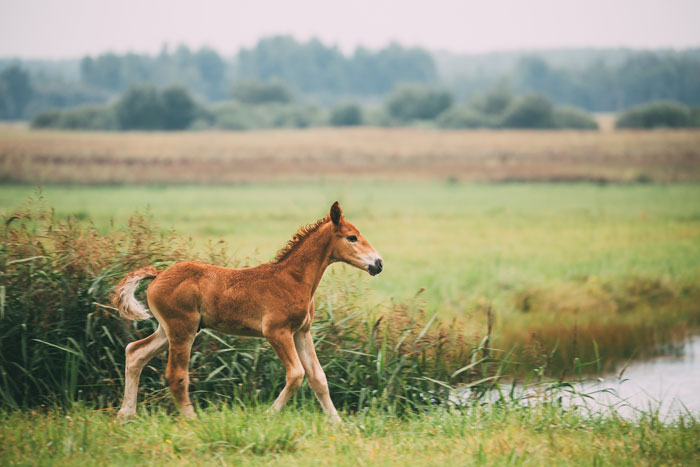 Though foals may nibble grass or try a bite of the mare’s grain ration at a relatively young age, the bulk of their nutrition comes from the mare’s milk during this time. The immature digestive system is equipped to handle milk but is not ready for large amounts of forage until further development takes place.

When the foal is about two months old, the hindgut begins a period of maturation that lasts until about the six-month mark. Almost since birth, foals have been ingesting bacteria that are necessary to support digestion and hindgut fermentation.  These bacteria are picked up from the mare’s udder as well as the environment. Foals also eat the manure of older horses and thereby stock their digestive systems with microbes that eventually colonize the hindgut.

While many of these bacteria are necessary for proper digestive function, the foal may also come into contact with pathogenic bacteria that can cause respiratory or digestive tract diseases. Keeping up with the mare’s vaccination schedule before the foal is born, doing a blood test on newborn foals to be sure they have received a sufficient level of antibodies, and beginning the foal’s necessary vaccinations at the proper time can minimize the chance of illness. 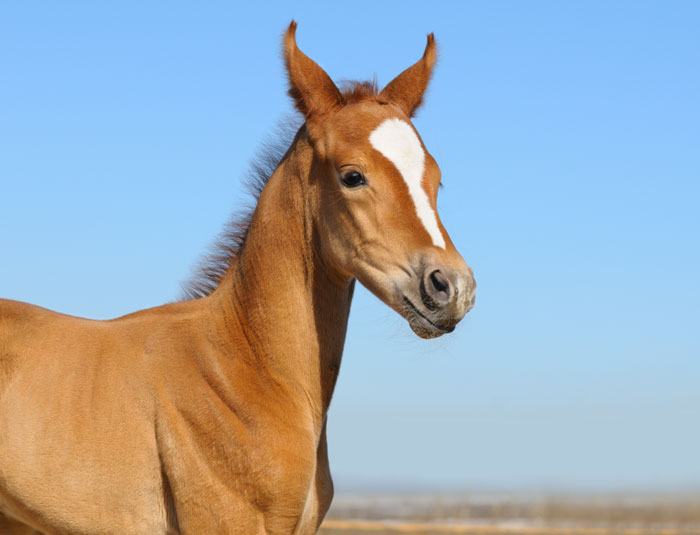 So-called “foal heat diarrhea” is seen in the majority of foals when they are about seven to 10 days old. No longer thought to be caused by hormonal changes when the mare goes into her first estrus after giving birth, this short-lived diarrhea is now believed to be related to microbial changes in the hindgut that temporarily interfere with the colon’s ability to absorb water. Extra fluid retained in the colon is eliminated with the feces, causing diarrhea that almost always resolves without treatment.

By the time foals are weaned, usually between four and six months of age, the digestive tract is capable of handling a diet that consists mainly of forage. Many owners also provide grain meals for their weanlings. These meals are best offered in small meals several times a day rather than one large meal, and owners should keep track of growth patterns and back off on grain for young horses that are growing very rapidly.